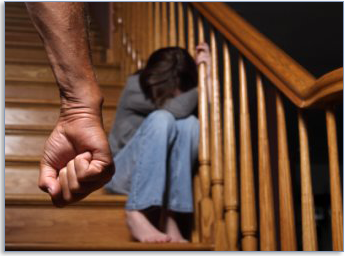 In addition to obtaining a TRO for domestic violence, the accused person can also be subject to a separate civil or criminal prosecution for the alleged act of domestic violence. The NJ Administrative Office of the Courts has created a hearing officer program in each county to help process the TRO’s in the Superior Court. Hearing officers are attorneys appointed by the county to help process the TRO’s in Superior Court. Hearing officers participate in yearly judicial trainings and other professional training. A hearing officer will take sworn testimony, create an audiotape record, amend the complaints as needed, and recommend action to the Superior Court judge assigned to the case. Hearing officers also provide information to both parties about available legal and social services to them while the case is ongoing. Although a judge must review and sign each and every the TRO issued in the County, the hearing officer’s recommendation generally carries a great deal of weight with the judge but if dissatisfied, either party may appeal the hearing officer’s recommendation to the assigned Superior Court judge who will then conduct an independent TRO hearing.

Once issued by the Superior Court, however, a TRO operates as a binding enforceable decision until a final hearing is scheduled, which must by law take place no later than 10 days of the filing of the complaint. At that time, each of the parties can present evidence as to the allegations of the domestic violence complaint and whether there is a need for injunctive relief, spousal or child support, custody and visitation and other economic relief and/or the need for substance testing and/or counseling. The judge hearing the case may order a risk assessment of the parties as well. If the aggressor is found to have committed an act of domestic violence, a final restraining order will be entered, the aggressor will be fingerprinted, and the order will be registered both in New Jersey state and federal domestic violence databank. Once entered, consequences for violating a Final Restraining Order may result in criminal charges.

The filing of a complaint forms the basis for any future temporary and/or final restraining order(s). Any restraining order must be based exclusively on the facts recited in the Domestic Violence Complaint. For this reason, a victim should write down with specificity and detail everything that happened to him or her and the factual basis for what forms the domestic violence complaint. Conversely, the accused should immediately assemble a written diary of what happened to enable him or her to refresh their recollection later on when they testify on their behalf about the case. A Domestic Violence Complaint can be filed by the victim or a victim’s representative and a restraining order may be then issued if the facts warrant its issuance. Normally a court will not permit a representative to file the complaint unless the court is satisfied that extreme circumstances exist to excuse the alleged victim from filing the complaint personally and appearing personally for the hearing to obtain a restraining order. A “Representative” can be the victim’s relative or any other person that the victim designates as his/her representative. But at some point, the victim must appear in person in order to dismiss a TRO. If a victim wishes to dismiss the TRO rather than move forward with a final hearing, the victim must appear in person at Superior Court so that a family court judge can determine whether the request is a free and voluntary choice and not a decision made under duress or cohesion by the alleged aggressor.

If it appears to the hearing officer or judge after reading the complaint and hearing the sworn testimony that the applicant is in danger of domestic violence, the judge will enter a Temporary Restraining Order and can order additional emergency relief.

As discussed in the preceding section of this page, if you are a victim and are fearful, you do not have to physically appear before a judge to apply for a TRO. A judge can issue a Temporary Restraining Order upon your sworn oral testimony (by phone, Skype and possibly written text) addressed to the judge that satisfies him or her that “special circumstances” exist that are serious enough to excuse your failure to appear personally. Once you are placed under oath, you must give sworn oral testimony to the judge. It is common practice that many times an applicant will not physically appear before a municipal court judge if the hearing takes place in the middle of the night and the judge is at home.

If the judge grants the TRO, he or she will memorialize in detail the specific terms and requirements of the order and direct a law enforcement officer to assist the victim to implement the judge’s decision.

On a separate note, any prior history of domestic violence can and will be considered by the court when deciding whether a restraining order should be granted or denied.

As a victim you can file a complaint for a restraining order in one of several courts that have jurisdiction over domestic violence including your municipality or county where:

The New Jersey Supreme Court has twice considered the question of personal jurisdiction over a victim and or aggressor when neither party was a resident in New Jersey and where the abuse originated out of state. In one case, a husband pursued his wife and “repeatedly knocked on the door and rang the doorbell of a family member demanding to speak to her, creating a disturbance and refusing to leave.” The wife filed for and received a restraining order in New Jersey because the violence occurred in NJ. The Supreme Court specifically left open, however, the question of whether a court of this state would have personal jurisdiction over a defendant- aggressor when the victim flees to New Jersey to escape the abuse and the aggressor does not physically follow the victim into New Jersey. The Supreme Court reasoned that in order to exert personal jurisdiction over a defendant-aggressor the defendant must have minimum contacts with the State of New Jersey such that pursuing a domestic violence complaint will violate U.S. Supreme court decisions offending “traditional notions of fair play and substantial justice.”

The Court did hold, however, that in the absence of personal jurisdiction, if the plaintiff is sheltered in New Jersey , the courts can issue a TRO, “upon a showing both that “the plaintiff is in danger of domestic violence,” and that the temporary restraining order is “necessary to protect the life, health, or well-being of a victim.” The court cannot, however, issue prohibitory orders which affirmatively order an accused defendant to comply with court ordered action (i.e. surrendering firearms, payment of civil penalty, registering in a central registry) in the absence of personal jurisdiction. The entry, however, of a Final Restraining Order requiring the performance of affirmative action by the defendant in New Jersey can only be effective if the defendant is physically in NJ. Therefore, based on evolving facts and circumstances, in order to protect the victim in accordance with the Domestic Violence Act, a court will continue a TRO until a judge of the Family Part issues a further order.

For How Long is a Temporary Restraining Order Effective

What Happens If a Temporary Restraining Order is Denied

A victim who has been denied a TRO at the Municipal Court level can re-file that same complaint during regular hours in the Family part of the Superior Court of the county in which he or she resides based on the same identical incident which served as the case denied by the municipal court judge. In such situations, the victim will receive an emergency, hearing, before a Family Part judge. For this reason, if you are the accused, when the Municipal Court judge denies relief, it is very important that you should explain to that judge in detail the reasons for his or her decision so it is available to the Superior Court if the victim is dissatisfied with the outcome.

What Happens After a Temporary Restraining Order (TRO) is Granted

If the TRO is entered, the accused may request an appeal of that TRO to modify the relief granted by the court prior to the date of the scheduled Final Hearing (FRO); an example would be modifying the custody order to allow child visitation by the accused before the date of the scheduled FRO. A TRO may also be appealed based on the accused sworn statement denying the facts of the incident. An appeal of the TRO effectively accelerates the date of the FRO hearing itself. In either event, both the victim and the accused are supposed to be given reasonable advanced notice of the hearing’s date and the specific issue(s) being appealed. Moreover, if a victim cannot personally attend the appeal hearing for legitimate reasons but wants to be present, it is likely that a court should be reluctant to vacate the TRO until the FRO is conducted and decided.

Please contact Fredrick P. Niemann, Esq. a knowledgeable NJ Domestic Violence Lawyer today toll-free at (855) 376-5291 or by email at fniemann@hnlawfirm.com. He looks forward to speaking with you.