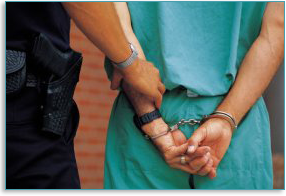 By sentencing a juvenile offender to house arrest, the Juvenile Court Judge allows him or her to avoid being thrown in jail. Instead they are able to stay in their home, essentially being confined to the limits of the house. If the juvenile abides by all the conditions implemented by the judge for the mandated period of time, they will avoid incarceration altogether, something which every offender hopes for.

What is Involved in the House Arrest of a Juvenile?

Some of you may be aware of house arrest, while others are not. Maybe you have heard the term or seen it on television or in a book. In simple language, house arrest is an alternative method of sentencing used by Juvenile Courts in which the offender is confined to their home. The offender is monitored by a parole officer and/or law enforcement to ensure they do not leave the area they are confined to. Sometimes the limits will be the actual walls of the house, while other times an offender is confined to a border around their yard or outside area, allowing them to go outside.

The juvenile is typically monitored by a parole officer using an electronic monitoring ankle bracelet, which tracks their location. If the offender leaves the boundaries, authorities are alerted via a signal from the ankle bracelet. The bracelet also notifies authorities if it is removed from the offender’s ankle. Depending on the offender’s situation, they may or may not be allowed to take breaks from the house arrest to go to designated locations, such as work, school, counseling or the grocery store. Such breaks must be authorized, however. Certain offenders will be given permission to leave their homes, while others will not. This is determined on a case-by-case basis.

Juvenile Courts hand down strict discipline when violations of house arrests occur. House arrest is seen as a generous sentence, as judges are essentially allowing the juvenile offender to go home instead of jail. If the offender violates this sentence, juvenile judges often will not hesitate to throw them in jail. It is important that juvenile offenders realize the necessity of abiding by the house arrest restrictions so that they do not end up incarcerated.

House arrest is one of the best alternative sentences that the Juvenile Court system has for offenders. It allows the offender to go home instead of going to jail, an experience which can undoubtedly traumatize the juvenile. Hiring an experienced Juvenile Court Attorney can help you in seeking the best possible sentence for your child, including house arrest.

Please contact Fredrick P. Niemann, Esq., a New Jersey Juvenile Court Attorney, toll-free at (855) 376-5291 or email him at fniemann@hnlawfirm.com. He would be happy to meet with you to discuss your Juvenile Court matter, whether it be about alternative sentencing methods or any other aspect of the Juvenile Court process. Please call today. He looks forward to speaking with you.