Attorney For a Criminal Mischief Matter? 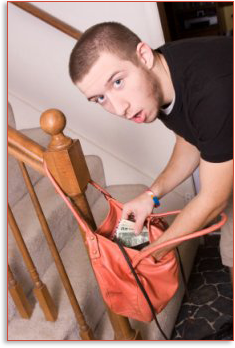 Criminal mischief, commonly known as vandalism, is a crime involving damaging another’s property. In New Jersey, minor criminal mischief violations are considered disorderly persons. The consequences of a criminal mischief conviction are often highly underestimated. Penalties often include fines, community service, restitution payments, court fees, and sometimes jail time, in addition to the fact that you will receive a conviction on your permanent criminal record. The potential penalties associated with criminal mischief make it one of the typical crimes one thinks of where the punishment exceeds the crime itself.

Vandalism is often the result of immaturity, impulse, or even a mistake of ownership. Perhaps you were young and succumbed to peer pressure. Maybe you simply could not control your anger. What if you were had a misunderstanding and thought certain property was yours and you were entitled to damage it? There are many different reasons that a person commits Criminal Mischief.

WHAT EXACTLY IS CONSIDERED A CRIMINAL MISCHIEF OFFENSE UNDER NJ LAW?

2) An individual purposely, knowingly or recklessly tampers with tangible property of another so as to endanger person or property, including the damaging or destroying of a rental premises.

As one can tell, the statute is extremely broad. It involves purposely or knowingly damaging another’s property, but also involves damaging another’s property while acting recklessly or negligently using fire, explosive, or other dangerous items. This means that one does not have to have the specifically intend to harm the property of another to be charged with Criminal Mischief if they are acting recklessly or negligently with dangerous equipment. The statute also encompasses damaging property of another to endanger a person or the property itself. Overall, the statute is very broad, enabling prosecutors to broadly charge defendants for acts in which the defendant damages the property of another.

Criminal Mischief changes may be a big deal. While the crime is often confused, the implications resulting from a conviction are not and can be serious. It is important you seek the assistance of a qualified Juvenile Court Attorney to represent you in your Criminal Mischief matter. Please call Fredrick P. Niemann, Esq., a knowledgeable NJ Juvenile Court Attorney toll-free at (855) 376-5291 or email him at fniemann@hnlawfirm.com. He would be happy to discuss your case with you in strict confidence.