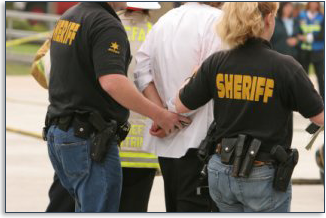 A disorderly conduct summons is one that is extremely broad, encompassing a number of offenses that involve the public. Typical disorderly conduct charges are fighting, rioting, yelling or screaming obnoxious, loud obscenities in public. The law is in place to prevent public disturbances that are significant in nature. The New Jersey legislature purposely made the statute broad because they wanted to give law enforcement and prosecutor’s discretion in determining what is and isn’t considered disorderly conduct. The lawmakers did not want to narrowly conclude that only fighting or yelling, for example, was considered disorderly conduct because other actions of pubic annoyance would not be included.

Due to the broad nature of the law, a disorderly conduct charge can originate from something as minor as yelling on a street to something as major as a full-fledged riot. The one thing that all disorderly conduct charges have in common is that they must be taken seriously. If an individual is convicted of such a charge, they can potentially face up to six months in prison, heavy fines, or community service. A conviction will also be permanently recorded as a criminal record. It is important that anyone charged with such an offense seek representation from an experienced Municipal Court attorney familiar with New Jersey Disorderly Conduct laws to can make sure your rights are defended and you interests are taken care of.

WHAT ACTIONS ARE CONSIDERED DISORDERLY CONDUCT?

All disorderly conduct actions deal with conduct that disrupts the peace in public areas. The law encompasses both physical and verbal actions, making it extremely broad. The specific statute states:

Improper Behavior. A person is guilty of [disorderly conduct], if with the purpose to cause public inconvenience, annoyance or alarm, or recklessly creating a risk thereof he

Offensive Language. A person is guilty of [disorderly conduct] if, in a public place, and with the purpose to offend the sensibilities of a hearer or in reckless disregard of the probability of so doing, he addresses unreasonably loud and offensively course or abusive language, given the circumstances of the person present and the setting of the utterance, to any person present.

“Public” means affecting or likely to affect persons in a place to which public or a substantial group has access; among the places included are highways, transport facilities, schools, prisons, apartment houses, places of business or amusement, or any neighborhood.

Disorderly conduct laws in New Jersey are focused on the objective of keeping the peace. Any physical act or language that threatens or offends others in a public area can generally be considered disorderly conduct. This may include, but is not limited to fighting, rioting, engaging in other violent behavior, and yelling obscenities or other offensive language in public areas such as parks, schools, etc. One critical element to remember is that the action must have taken place in a public area, or else there is no violation of New Jersey law.

WHAT MUST A PROSECUTOR SHOW IN ORDER FOR A DEFENDANT TO BE FOUND GUILTY OF DISORDERLY CONDUCT?

In order for you to be convicted of disorderly conduct, the prosecution must prove a number of things beyond a reasonable doubt. Since disorderly conduct charges can only stem from actions taking place in public, the prosecutor must show that the setting was that of a public area. They must also show that the defendant either had a purpose to disturb the public crowd or committed the act in a reckless manner, meaning they did so without regard to the consequences of their actions. Accidental actions done in a non-reckless manner are not subject a disorderly conduct charge.

Next, the prosecution must show that the defendant engaged in disorderly conduct by improperly behaving or voicing foul language. When the prosecution is attempting to obtain a conviction based on improper behavior, they must show the defendant “engage[d] in fighting or threatening, or in violent or tumultuous behavior” or “create[d] a hazardous or physically dangerous condition by an act which serves no legitimate purpose”. This improper behavior part of the statute is meant to encompass physical acts, whereas the offensive language section covers verbal acts. The offensive language section is also broad, stating that unreasonably loud, offensive language is considered disorderly conduct if said in a public setting. Whether or not the language and tone amount to that which is criminal are determined based on the people present and the setting, meaning this is determined on a case by case basis. The broadness of both sections of the law allows the prosecutor a lot of discretion in making a case against you. It is important you have an experienced Municipal Court attorney who is familiar with the specifics of Disorderly Conduct laws and is able to defend you against such a broad statute.

WHAT PENALTIES WILL A DEFENDANT BE SUBJECT TO IF CONVICTED OF DISORDERLY CONDUCT?

Along with a permanent criminal record, being convicted of Disorderly Conduct can have harsh penalties. If you are found guilty you may be ordered to pay fines over $1000, as well as other costs and charges. You may be ordered to complete hours of community service and you can also be sentenced to time in prison, although as with all trials held in Municipal Court, there is a maximum prison sentence of six months that one can be ordered to complete. Regardless of the significance of the crime, it is important to seek representation from a qualified Municipal Court Attorney to defend you against a Disorderly Conduct charge.

Arguably the most significant penalty involved with a Disorderly Conduct conviction is a permanent criminal record. Being convicted of a crime will result in a defendant being branded with a permanent criminal record stating their conviction. This record will be visible to employers, schools, and many others whom you would not want this information to be on display to. Having a conviction for Disorderly Conduct on your record can hurt your chances of obtaining a professional license, getting a job, or getting into the school you want. It is important that defendants realize the significance of a criminal record and avoid convictions at all costs. For this reason, it is imperative that defendants hire a knowledgeable Municipal Court lawyer to defend them against such charges. To learn more about expungement of criminal charges, visit www.njexpungement.us.

New Jersey Disorderly Conduct laws are broad and allow police officers discretion in making arrests. Prosecutors often seek to take advantage of the vague language in the law in attempting to convict defendants. It is important to have an experienced Municipal Court attorney by your side to defend you against the prosecution’s case, negotiate a plea deal, or do whatever is in your best interest. Please contact Fredrick P. Niemann, Esq. today toll-free at (855) 376-5291 or email him at fniemann@hnlawfirm.com. He wants to meet with you to discuss your disorderly conduct matter privately and confidentially.