Do You Need a New Jersey Municipal Court Attorney for a Criminal Mischief or Vandalism Matter? 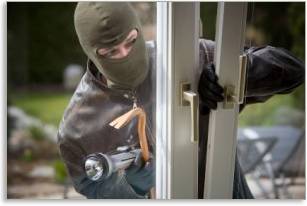 Criminal mischief, commonly known as vandalism, is a crime involving damaging another’s property. In New Jersey, criminal mischief violations are considered disorderly persons offenses and therefore heard in Municipal Court. Similar to other Municipal Court crimes, the consequences of a criminal mischief conviction are often highly underestimated. Penalties often include fines, community service, restitution payments, court fees, and sometimes jail time, in addition to the fact that you will receive a conviction on your permanent criminal record. The stiff penalties associated with Criminal Mischief make it one of the typical crimes one thinks of where the punishment exceeds the crime itself.

Vandalism is often the result of immaturity, impulse, or even a mistake of ownership. Perhaps you were young and succumbed to peer pressure. Maybe you simply could not control your anger. What if you had a misunderstanding and thought certain property was yours and you were entitled to damage it? There are many different reasons that a person commits Criminal Mischief. Unfortunately, a conviction in Municipal Court for Criminal Mischief, even if the crime is extremely minor, can have lifelong implications if not handled correctly. It is important to seek the assistance of an experienced Municipal Court Attorney who knows how to handle Criminal Mischief cases and can help you achieve the best possible outcome, whether it be negotiating a plea deal or defending you against the prosecution’s case.

WHAT EXACTLY IS CONSIDERED A CRIMINAL MISCHIEF OFFENSE UNDER NJ LAW?

As one can tell, the statute is extremely broad. It involves purposely or knowingly damaging another’s property, but also involves damaging another’s property while acting recklessly or negligently using fire, explosive, or other dangerous items. This means that one does not have to specifically intend to harm the property of another to be charged with Criminal Mischief if they are acting recklessly or negligently with dangerous equipment. The statute also encompasses damaging property of another to endanger a person or the property itself. This particular part of the law is mainly geared towards tenants who retaliate against landlords for evicting them. Overall, the statute is very broad, enabling prosecutors to broadly charge defendants for acts in which the defendant damages the property of another.

ARE ALL CRIMINAL MISCHIEF CASES HEARD IN MUNICIPAL COURT?

No. Similar to theft crimes, New Jersey law has different degrees of Criminal Mischief, depending on the seriousness of the crime. Municipal Court is the home to the least serious of these crimes: those classified as disorderly persons offenses. Other more serious vandalism crimes, Second, Third, and Fourth Degree Criminal Mischief Crimes, are tried in New Jersey Superior Courts.

So, what exactly determines the seriousness of a Criminal Mischief crime? The offense charged is determined by the damage caused to the other person’s property. In order for a Criminal Mischief crime to be considered a disorderly person’s offense and thus tried in Municipal Court, the damage caused must be less than $500. All vandalism involving damage over $500 will be tried in Superior Court. Also, the crime cannot involve public utilities such as telephone, gas, or water lines or it will automatically be upgraded to a Fourth Degree offense and tried in Superior Court. Keep in mind, an experienced Municipal Court Attorney may be able to negotiate a plea deal with the prosecutor to downgrade a serious offense to a disorderly person’s offense, allowing your case to be heard in Municipal Court rather than Superior Court in exchange for you pleading guilty. Although a guilty plea results in a conviction, sentencing in Municipal Court is much less severe than it is in Superior Court, with lesser minimum jail sentences and fines. For this reason, it is often in a defendant’s best interest to have their attorney attempt to negotiate a plea deal that allows them to be tried in Municipal Court.

WHAT PENALTIES WILL RESULT FROM A CRIMINAL MISCHIEF CONVICTION IN NJ MUNICIPAL COURT?

The significance of the penalties is determined by a number of factors under the discretion of the judge. Since each case has unique circumstances, the New Jersey legislature has elected to give the Judge the power to decide what sentence is appropriate. Some factors that a judge will look at are the seriousness of the crime, the criminal history of the defendant, and age of the defendant. There are numerous other factors that the judge may also consider, depending on the judge and your case. Please consult a knowledgeable Municipal Court Attorney for more information on sentencing factors.

It is also important to note that a conviction of Criminal Mischief, as with any Municipal Court crime, will result in a permanent criminal record. This record can be accessed by employers, law enforcement, and other individuals. It can often harm your chances of getting a job, getting into school, or obtaining a professional license. For these reasons, it is important to try and avoid a criminal conviction on your criminal record at all costs. Hiring an experienced Municipal Court Attorney can assist you in avoiding a conviction or minimizing your sentence, helping ensure the best possible outcome in your case.

Criminal Mischief charges may be a big deal. While the crime is often confusing, the implications resulting from a conviction are not and can be serious. It is important you seek the assistance of a qualified Municipal Court Attorney to represent you in your Criminal Mischief matter. Please call Fredrick P. Niemann, Esq., a knowledgeable NJ Municipal Court Attorney toll-free at (855) 376-5291 or email him at fniemann@hnlawfirm.com. He would be happy to discuss your case with you in strict confidence.