“[T]he settlement of business litigation ranks high in NJ’s public policy,” and its courts will give effect to the terms of a settlement wherever possible.  “Our strong policy of enforcing settlements is based upon ‘the notion that the parties to a dispute are in the best position to determine how to resolve a contested matter in a way which is least disadvantageous to everyone.” 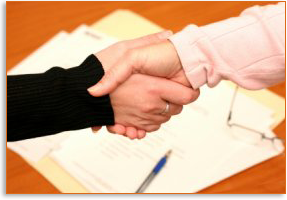 inciples.”  “‘[A]bsent a demonstration of “fraud or other compelling circumstances,”‘ a court will enforce a settlement agreement as it would any other contract.”  “‘[C]ourts enforce contracts “based on the intent of the parties, the express terms of the contract, surrounding circumstances and the underlying purpose of the contract.”‘  A reviewing court must consider contractual language “‘in the context of the circumstances” at the time of drafting . . . . “‘  “[W]hen the intent of the parties is plain and the language is clear and unambiguous, a court must enforce the agreement as written, unless doing so would lead to an absurd result.”  As with the interpretation of any other contract, a court will not rewrite a settlement agreement “to provide a better bargain than contained in [the] [parties’] writing.

Contracts including settlement agreements may be modified . . . but only by . . . the contracting parties.  “A contract modification is a ‘change in one or more respects of the agreement which introduces new elements into the details of the contract and cancels others but leaves the general purpose and effect undisturbed.'”  Modifications to a written contract are not required to be made in writing.  A contract “modification can be proved by an explicit agreement to modify or . . . by the actions and conduct of the parties, so long as the intention to modify is mutual and clear.”

So remember this, if you agree to settle a business dispute or a contract disagreement if the terms of the settlement are reasonably clear and definite, the settlement agreement will be enforced if one side tries to evade it.

To discuss your business matter, please contact Fredrick P. Niemann, Esq. toll-free at (855) 376-5291 or email him at fniemann@hnlawfirm.com.  Please ask us about our video conferencing or telephone consultations if you are unable to come to our office.