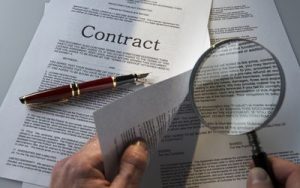 I found an interesting case which questioned whether the “action or lack of action” demonstrated “an intent to ratify” a person’s forged signature on a personal guarantee for a commercial lease.

Here, the cause of action against defendant was based on a theory known as ratification “by inaction” and “acceptance of the benefits.”  It’s a seldom raised claim for damages in contract law.

The facts established that the accused knew nothing about the terms of the lease, or the lease negotiations, and his signature was forged on the personal guarantee.  He didn’t even know the company (now bankrupt) was moving to this leased location, and didn’t even know his name was on the document until years after the lease was signed.

Defendant was a passive investor, and a passive owner, who had no involvement or engagement with the company other than the expectation his investment would eventually be returned with a profit.  He made no ongoing income from the business activities.

The interesting legal point of the case is that as a matter of law, in order for a plaintiff to establish that a defendant’s silence constitutes ratification, he/she must first have to prove that he/she (the accused) had made some other person his legal agent to act for him within the company, thus triggering the possibility that the ratification doctrine would apply.  In this case, plaintiff did not present any such proof.