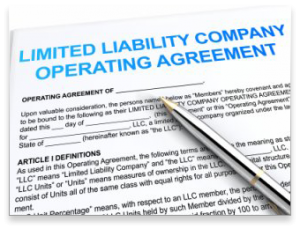 This is an interesting case.  Plaintiff sued defendants, alleging they wrongfully deprived him of his ownership interest in the LLC, without compensation.  The trial judge denied plaintiff’s claims for relief and granted defendants’ request for judgment.

The LLC, formed in 2003, engaged in construction management and general contracting services, primarily in New Jersey and New York.  Plaintiff began working for the LLC in 2011 and signed a limited liability operating agreement (OA).  This document designated one member as “the sole Member and Chief Executive Manager of the [LLC].”  The Agreement provided also that while there are two (2) members, only one (1) member “shall serve as the Manager and Chief Executive Manager.  Addressing management of the LLC, the Agreement provided:

Members that are not Managers shall take no part whatsoever in the control, management, direction, or operation of the [LLC]’s affairs and shall have no power to bind the [LLC].  The Managers may from time to time seek advice from the Members, but they need not accept such advice, and at all times the Managers shall have the exclusive right to control and manage the [LLC].

At some point, the minority member learned about liabilities associated with ownership.  Plaintiff was told that the LLC was currently under criminal investigation after numerous safety violations caused a death of a worker at a LLC construction site.  Upon hearing of the safety violations and criminal investigation, plaintiff grew concerned that his certificate might expose him to criminal liability for the construction site death.  In response, the minority member resigned and returned his certificate to the LLC’s lawyer.

Several years later, the plaintiff filed a complaint against the LLC and the majority owner seeking various forms of relief, including a declaration that plaintiff had a twenty-percent ownership interest in the LLC, the appointment of a custodian to protect plaintiff’s ownership interest, an order requiring defendants to purchase plaintiff’s ownership interest, and an award of damages and attorneys’ fees. Plaintiff based his claims for relief on the following legal theories: 1) minority member oppression, under N.J.S.A. 42:2C-48; 2) breach of fiduciary duties; and 3) piercing the corporate veil.  Defendants of course opposed the case.

Outcome of the Case

The trial judge denied all of plaintiff’s requests for relief finding that it was the plaintiff who breached both the common law duty of employee loyalty as well as the statutory duty of loyalty set forth in N.J.S.A. 42:2C-39.

The trial judge found that plaintiff’s act of turning over his certificates to the LLC’s attorney “demonstrated his express will to withdraw as a member,” thus effecting his disassociation from the LLC under N.J.S.A. 42:2C-46.

The trial judge invoked the doctrine of “unclean hands,” as the basis for rejecting plaintiff’s claims of minority member oppression, breach of fiduciary loyalty, and shareholder liability. The judge found that plaintiff sending confidential information to a new employer placed him “before the court with unclean hands,” and therefore he could not recover in equity.

Plaintiff argued that, pursuant to N.J.S.A. 12A:8-3049(c), the mere delivery of his certificate to the LLC’s attorney, without plaintiff endorsing the certificate, cannot constitute legally competent evidence of his intent to transfer his shares back to the LLC.  The court disagreed.  It concluded that plaintiff’s delivery of the certificate to the LLC’s attorney completed the transfers of his profit-sharing interest, notwithstanding the lack of endorsement.  The absence of necessary endorsement simply prevents a transferee from becoming a “protected purchaser.”  N.J.S.A. 12A:8-303.

While plaintiff’s unendorsed surrender of his certificate prevented the LLC from attaining protected purchaser status and allowed the plaintiff to challenge the validity of the transfer, it did not render the transfer invalid. The trial judge assessed the credibility of the witnesses, weighed the evidence presented, and found that plaintiff’s surrender of his certificate “demonstrated his express will to withdraw as a member.” Under N.J.S.A. 42:2C-46(a), a person becomes dissociated as a member from a limited liability company when “[t]he company has notice of the person’s express will to withdraw as a member.” N.J.S.A. 42:2C-46(a). Therefore, plaintiff’s surrender of his shares disassociated him from the LLC and validly transferred his profit-sharing interest back to the LLC.

Plaintiff claimed that, even if he did dissociate from the LLC when he turned in his membership certificate, he did not lose his “economic rights” and thus remains entitled to receive compensation for the fair value of his ownership interest. As previously noted, the trial judge properly found that plaintiff did not have an ownership interest in the LLC. Because plaintiff retained no compensable ownership interest upon his dissociation from the LLC, his argument failed.