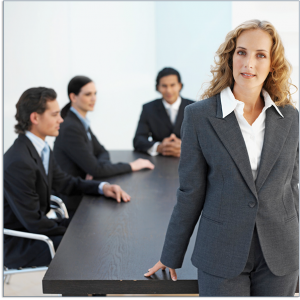 In a recent New Jersey case, a plaintiff filed a complaint alleging violations of the New Jersey Consumer Fraud Act, the New Jersey Commercial Code [Leases], and common law fraud against a solar power developer and its salesperson.

Seeking to reduce her energy costs, plaintiff contacted defendant about its solar panel service.  According to plaintiff, defendant’s salesperson promised its solar panels would reduce her energy bills, and that her electric company would pay plaintiff for the surplus electricity produced from the solar panels.  Plaintiff contents she memorialized that understanding by affixing her signature to the “signature line” of the salesperson’s otherwise blank iPad screen. It is undisputed the salesman never gave plaintiff a hard copy of the agreement that plaintiff believed she signed.

Shortly after the solar panels were on the roof of her home, plaintiff “notic[ed] outrageous withdrawals from [her] checking account in amounts [she] could not afford.”

Plaintiff insists she did not sign a mandatory arbitration clause in the purchase agreement.  The “Scope of th[e] Arbitration Provision” was set forth on page eleven and provides, in pertinent part:

“Either You or We may, without the other’s consent, elect mandatory, binding arbitration for any claim, dispute, or controversy arising out of or relating to (i) any aspect of the relationship between You and Us, whether based in contract, tort, statute, or any other legal theory; (ii) this Agreement or any other agreement concerning the subject matter hereof; (iii) any breach, default, or termination of this Agreement; and (iv) the interpretation, validity, or enforceability of this Agreement, including the determination or the scope or applicability of [the arbitration provision] (each a “Dispute“).  Any questions about whether any Dispute is subject to arbitration shall be resolved by interpreting this arbitration provision in the broadest way the law will allow it to be enforced.”

Relying on a Supreme Court decision:  “[A]rbitration requires mutual assent.  It requires the parties to have an understanding of the terms to which they have agreed.

The threshold issue of whether there was a valid agreement to arbitrate, any valid agreement in general cannot be met here.  Plaintiff can’t have her right to be in court waived on the basis of something she had never seen and that . . . defendants have admittedly hidden from her.

An Arbitration Agreement Must Be the Product of Mutual Assent

An arbitrator cannot decide the validity of a contract unless and until a trial court initially resolves the issue(s) pertaining to the formation of an enforceable arbitration provision, and determines that the parties are obligated to arbitrate their claims.  Absent proof of a mutual agreement to arbitrate, an arbitrator is not empowered to determine plaintiff’s issues concerning the formation and execution of a contract.