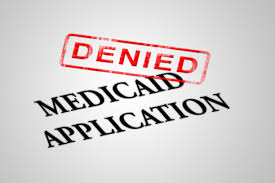 Recently, we were advised that a client of ours was a lawful permanent resident, and had resided in the US continuously since 1985.  The client did not tell us he arrived on a visitor visa in 1988, and did not have legal status until March 2018.

We received a copy of the green card on October 2, 2020.  We found out his daughter had sponsored him.  I do not know if she filed an affidavit of support.

Because our client has not been a lawful permanent resident for 5 years, his application for MLTSS was denied.  We advised the client orally that if she wanted to request a fair hearing, the deadline to submit her appeal was quickly approaching.

Under these facts, I do not believe a fair hearing will be successful.  We have previously obtained MLTSS for a lawful permanent resident who had lawful status for the 5 years required by federal law and New Jersey statute(s) and regulation.  Federal law (the Personal Responsibility and Work Opportunity Reconciliation Act of 1996) requires a resident alien to have lawful permanent resident status for five (5) years before receiving anything but emergency Medicaid.  New Jersey regulation and statute appears to be against this client.

A quick review of the definitions section in N.J.S.A. 30:4D-1 defines “lawful alien” in subsection “q”.  He does not clearly fall within the definition.  N.J.A.C. 10:71-3.2 refines the definition of “lawful alien”.  It appears to exclude him from the class of individuals entitled to MLTSS because he was not a lawful alien before he received his green card.

We declined taking this case to a fair hearing.  The client was not forthcoming about his immigration status when we filed the Medicaid application.  With the information now available, I think we will lose on those merits.

To discuss your NJ Medicaid matter, please contact Fredrick P. Niemann, Esq. toll-free at (855) 376-5291 or email him at fniemann@hnlawfirm.com.  Please ask us about our video conferencing or telephone consultations if you are unable to come to our office.