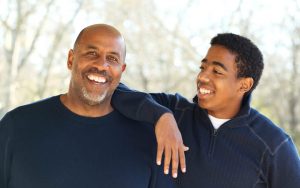 While uncommon, an adult can be adopted in New Jersey by a husband and wife either jointly or individually, with the latter case allowed so long as the other spouse consents.  Under N.J.S.A. 2A:22-1 & 2, the Superior Court must grant the adoption if it finds that “the adopting parent or parents are of good moral character and of reputable standing in their community, and that the adoption will be to the advantage and benefit of the person to be adopted.”  The law also requires that the parents be ten years older than the adult to be adopted and the adoptee give his or her consent in writing, though those requirements can be waived by the court if it is in the best interests of the adoptee to do so.  The law is silent on if notice needs to be provided.  Do the biological parents of the adult have any rights to contest the adoption?

The Superior Court, Chancery Division, Family Part first considered the issue in Matter of Adoption of an Adult by V.A., 294 N.J. Super. 400 (Ch. Div. 1996).  V.A., the adopter, argued that the natural father had no life, liberty or property interest in M.M., the adoptee, because M.M.’s biological father did not take care of M.M.  The court disagreed, and applied the requirement in an adoption of a child that notice be given to the biological parent of the hearing.  It concluded that the biological parent has an identical interest in an adult adoption as it did in an adoption of a child, and it would be fundamentally unfair and a violation of the biological parent’s right to due process under the law not to be given notice nor an opportunity to be heard in the adoption.

Two years later, a different judge rejected this opinion.  In Matter of Adoption of Adult by C.K., 314 N.J. Super. 605 (Ch. Div. 1998), the court reasoned that adults are “automatically imbued with a wide variety of rights and choices with which their parents generally have no right to interfere.”  So long as the adult is not mentally incapacitated, he or she is allowed to freely pursue his or her own independent lifestyle regardless of what the biological parent feels.  Because the adult adoption statute has less stringent requirements for a court to grant an adoption, the law recognizes that “with adulthood come rights and responsibilities of the adult not enjoyed by any child. And with those rights comes the extinction, in reality, of the parent’s right to object” to an adoption of an adult.

Neither the Supreme Court nor the Appellate Division has provided a binding take on this issue.  As a court has to make a finding that the adopting adults “are of good moral character and of reputable standing in their community” and the adoption is in the best interests of the adult, a biological parent can always submit a certification stating why the court should not grant the adoption.  But whether the courts will require they be provided notice or even consider what they have to say is an issue that remains unresolved.