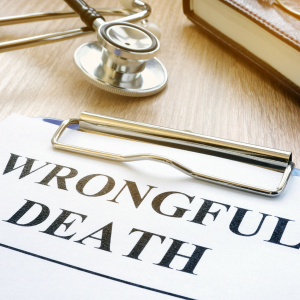 The plain language of each act must be reviewed and understood in your role as executor or administrator.  The New Jersey Survival Act provides:

The plain language of the Survival Act is clear in that it provides “administrators” with a cause of action for injury to their decedent’s “person or property”.  N.J.S.A. 2A:15-3.  An administrator essentially steps in the shoes of his decedent to maintain any and all causes of action his decedent could have pursued while “living”, the key word being “living”.  For example, if I was owed $1,000 from my employer for unpaid wages before I died, my administrator could bring an action to recover the $1,000 debt.

Every action commenced under this chapter shall be brought in the name of an administrator ad prosequendum of the decedent for whose death damages are sought, except where decedent dies testate and his will is probated, in which event the executor named in the will and qualifying, or the administrator with the will annexed, as the case may be, shall bring the action.

A wrongful death claim differs from a survival claim in two ways:  (1) damages are sought for the “death” of a person; and (2) the action must be brought in the name of an “administrator ad prosequendum.”  N.J.S.A. 2A:31-2.  The damages are limited to the “pecuniary advantage which would have resulted by continuance of the life of the deceased.”  Recovery under the Wrongful Death Act, while distributed through the decedent’s estate by its representative, is not subject to estate taxes or creditors.

If the estate does not have a legal representative, it cannot act to pursue claims (similar to a corporation).  Thus, a proper party must apply to the surrogate’s court for letters of general administration “on the estate of the decedent” if he intends to bring a survival claim on its behalf.  N.J.S.A. 3B:10-1.  In the same regard, wrongful death claims are intended to benefit a class, i.e., heirs.  The heirs cannot pursue wrongful death claims individually.  They must be collectively represented by an administrator ad prosequendum.