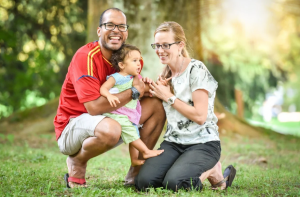 The Facts of the Case

Through counsel, the daughter was asked to provide proof of the alleged familial relationship.  Her response included “screenshots” from an internet website (23andMe).

In opposition to the daughter’s appointment, was a person appointed as Power of Attorney (POA) by the father several years earlier?  He petitioned the court to dismiss the complaint due to the daughter’s lack of standing to bring a guardianship action.

Legal Outcome of the Case

So, what is the law and what was the outcome?  There is a long line of cases in incompetency proceedings which have deemed the petitioner to be a “mere stranger”, i.e., one who is not a relative, and does not have a legal or equitable interest in the subject of the action.

In a ruling years earlier, a NJ court was called upon to consider the issue of standing.  In that case, a woman, age 55, had been seriously injured in an automobile accident and was hospitalized for many months, eventually residing in a convalescent home.  The plaintiff who sought guardianship had been a childhood friend of hers but had no other relationship with her.  Her friend was not “in any financial or legal manner obligated to plaintiff.”  The incapacitated person having earlier executed a Power of Attorney to plaintiff, revoked the Power of Attorney approximately two years later, and made a new Power of Attorney in favor of her attorney.  But the friend filed the action to declare her friend incapacitated.

The result in the case was that plaintiff was not a proper party to bring a determination of competency of her friend and the complaint was dismissed.

“The public policy which gave birth to the standing requirements as to incompetency actions is clearly to protect individuals from unwanted interference in their affairs; to shield an individual from the necessity of defending himself or herself from frivolous or insidious incompetency charges.”

In our case, the Petitioner did not establish paternity.  The court dismissed the daughter’s case without prejudice to refile in her proof’s establishing paternity.  It is likely she would have been granted guardianship.

To discuss your NJ guardianship matter, please contact Fredrick P. Niemann, Esq. toll-free at (855) 376-5291 or email him at fniemann@hnlawfirm.com.  Please ask us about our video conferencing consultations if you are unable to come to our office.