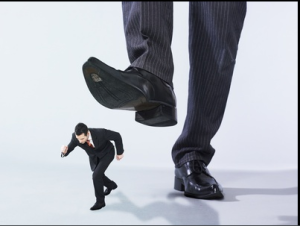 Controlling shareholders are in a position to abuse their power over minority shareholders by reducing or eliminating one or more economic benefits of ownership to the minority, by systematically violating the rights associated with share ownership, and otherwise by defeating the normal expectations of shareholders relating to the ownership of their shares. This conduct takes many forms and appears in many different factual situations. When times are good and the corporation is growing, the majority may act to seize a greater percentage of the corporate profits for themselves at the minority’s expense.  When times are bad, the majority may act to preserve for themselves a greater piece of the shrinking pie at the expense of the minority.  Sometimes, a majority wants to get rid of minority ownership positions.  The actions of the majority may be motivated by greed or by a perception (valid or not) that the minority owner is not contributing his or her fair share. Often, the motivation for oppressive conduct stems from personal conflict among the majority and minority shareholders.

To discuss your NJ shareholder matter, please contact Fredrick P. Niemann, Esq. toll-free at (855) 376-5291 or email him at fniemann@hnlawfirm.com.  Please ask us about our video conferencing or telephone consultations if you are unable to come to our office.