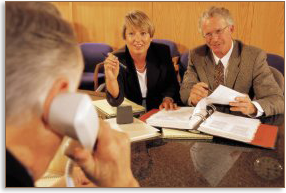 Minority shareholders in small, closely held corporations (under 25 shareholders) can be frozen out of discussions regarding the company’s future by the majority shareholders, rendering this person a mere onlooker to the affairs of the business rather than a shareholder who has say in the direction of the company.  This is called shareholder oppression, and it is a recognized cause of action under N.J.S.A §14A:12-7 that the minority shareholder is entitled to relief under.  “Ordinarily, oppression by shareholders is clearly shown when they have awarded themselves excessive compensation, furnished inadequate dividends, or misapplied and wasted corporate funds.”  Muellenberg v. Bikon Corp., 143 N.J. 168, 180 (1996).  Merely being out-voted at a shareholder’s meeting or board of directors’ meeting regularly is not enough.  But if meetings aren’t being held, then that could be considered oppression.

So what is the remedy?  The court can order the majority shareholders or the corporation to buy out the minority shareholders if that would be equitable in that situation.  Unlike companies that are publicly traded where there are thousands of shareholders and shares can be easily exchanged on the stock market, stock in closely held companies is not publicly traded, and thus the shareholders’ market is limited.  The shares are valued at their fair market value as of the date of the commencement of the suit, plus or minus any equitable adjustments.  The value can be agreed to by the parties, or the court may order an appraiser to do the valuation.  In the rarest of circumstances, the court may order the company dissolved, with its assets split up amongst creditors and shareholders, if the court feels the situation requires the company to be terminated, but that is the remedy of last resort.