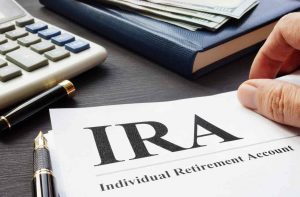 New Jersey has fraudulent transfer laws that prevent property “made in trust” for a debtor to be available to creditors to satisfy their debts.  N.J.S.A. § 25:2-1(b).  The property specifically carved out from the claims of creditors are any “qualifying trusts” created under sections 401, 403, 408, 408A, 409, 529 or 530 of the federal Internal Revenue Code of 1986.  You know these better as the statutes that create common retirement plans most of us have today, whether it’s a 401 (k) or a traditional IRA.  But what about an inherited IRA?  Can that be touched, or is it treated like a traditional IRA?

The US Supreme Court held in Clark v. Rameker, 134 S. Ct. 2242 (2014) that an inherited IRA is not exempted from creditors’ claims if a person declares bankruptcy.  It applied Wisconsin bankruptcy law in making that determination.  But a year later, the bankruptcy court in New Jersey, using the Clark analysis framework, held that an inherited IRA fits in the creditor exemption status created under N.J.S.A. § 25:2-1(b) because an IRA is an exempt qualifying trust under the statute and doesn’t lose that status after being converted from a traditional IRA to an inherited IRA.  In In re Andolino, 525 B.R. 588 (Bankr. D.N.J. 2015), Judge Kaplan concluded that because New Jersey exempted inherited IRA’s like it did traditional IRA’s under its statutes, it would not be part of the bankruptcy estate.

Note that New Jersey’s laws do not completely exempt these plans from all creditors.  If money is paid to one of these plans fraudulently instead of paying a creditor, the creditor could go after those funds.  The plans are also not exempt from a spouse or parent required to pay child support or alimony, nor are they exempt from paying punitive damages “awarded in a civil action arising from manslaughter or murder.”  In any case, the distinction of an IRA being inherited or traditional is irrelevant.

To discuss your NJ estate planning or estate administration matter, please contact Fredrick P. Niemann, Esq. toll-free at (855) 376-5291 or email him at fniemann@hnlawfirm.com.  Please ask us about our video conferencing consultations if you are unable to come to our office.