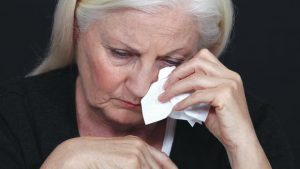 Facing the reality of elder exploitation, NJ elder law attorneys can take the lead in combatting it. Let’s look at Florida’s laws as a perfect example. In the past decade, Florida has transformed the discussion of elder abuse and made their state safer for seniors. They have modernized criminal and civil laws to combat exploitation and worked cooperatively with state government to make hundreds of small changes to ensure coordination of efforts and care.

The first significant change occurred in 2009, when the legislature made sweeping changes to Florida’s criminal exploitation statute. To achieve this, Florida elder law attorneys created a task force of stakeholders, including prosecutors, the purpose of which was to modernize the criminal definition of exploitation and address a growing number of schemes targeting elders. Based on the recommendations of that task force, the following changes were made to criminal exploitation:

In 2013, after numerous incidents of exploitation and harm caused by the unlicensed practice of law (UPL) of non-attorney Medicaid planners, the Florida Supreme Court issued The Fla. Bar re: Advisory Opinion — Medicaid Planning Activities by Non-lawyers, which defined activities considered UPL in Florida.  New Jersey soon followed this lead.

The most recent change occurred in 2018, when Florida passed legislation creating an injunction for the protection against exploitation of vulnerable adults. This injunction is modelled after domestic violence injunctions. It allows an elder or certain individuals acting on behalf of elders to file for an ex parte injunction that can:

Since this statute became effective in July 2018, elder law attorneys, clerks of court, and elders have been utilizing these injunctions to prevent elders from being robbed of their life savings by family members, health care workers, and strangers.

To discuss your NJ elder abuse and financial exploitation matter, please contact Fredrick P. Niemann, Esq. toll-free at (855) 376-5291 or email him at fniemann@hnlawfirm.com.  Please ask us about our video conferencing consultations if you are unable to come to our office.