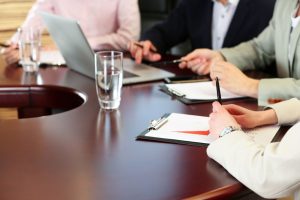 Introduction to the Facts of the Case

Plaintiff, a car wash owner, filed an appeal to overturn the denial of its application to the Municipal Planning and Zoning Board for a certificate of compliance and occupancy.  The owner intended to give this Certificate to the new owner in connection with the sale of the car wash business.

The business owner argued that he and several previous owners were all granted Certificates of Compliance and Occupancy by the Zoning Officer and, therefore, the Board was estopped from denying the certificate to the proposed new owner.  In this case, the business owner was not the property owner; rather, someone else owned it from which he operated the business.

Additional Background and Facts of the Case

In 1994, a prior owner obtained a resolution from the Zoning Board allowing him to operate a car wash at the location. The Resolution granted the applicant use, bulk, and parking variances subject to certain conditions. The applicant owned an Exxon gas station which was located approximately one block away from the proposed car wash which was granted the variance.  The conditions of approval included the requirement that the cars parked at the Exxon station and all business transactions be conducted at the Exxon station.

In that regard, the 1994 resolution granted the variances subject to eleven conditions, including:

The present owner made application for a certificate of compliance and occupancy in connection with the proposed sale of the car wash business to a third-party purchaser. The Borough’s zoning official and attorney advised him that a certificate of occupancy would not be granted unless the business came into compliance with the 1994 variance. Accordingly, he was directed to apply to the Board.

The owner made the application to the Board. A public hearing was held.  At the hearing, applicant argued that the Board was estopped from denying the certificate to the proposed new owner because the Borough had not enforced the conditions of the 1994 variance for over twenty years.  The Board rejected that argument and adopted a resolution denying the application.  The resolution noted that the owner had been advised in February 2015 that the 1994 variance was the only authority giving the right to operate the car wash business and if he sought modifications from the conditions of the 1994 variance, it would have to obtain those modifications from the Board. The Board then noted that granting modifications from those conditions did not advance the purpose of the Borough’s land use laws and zoning ordinances. Therefore, the Board denied the application.

The owner’s position is that the refusal to issue a certificate to the new purchaser effectively results in compelling him to continue to operate the business without the prospect of being able to sell it. Moreover, he asserts that this inequity is exacerbated because the car wash business and the Exxon station are no longer under common ownership and, therefore, he cannot comply with the conditions of the 1994 variance.

The trial court reasoned that although the Board and Borough had not enforced the conditions for over twenty years, the lack of enforcement did not act as a permanent estoppel. In support of that position, the trial court noted that the Borough had submitted evidence that representatives of the Borough had written to the prior owners and to its current owner, pointing out that the car wash was not in compliance with the conditions of the 1994 variance. While there is nothing in the record to indicate that the Board or Borough took any enforcement actions, that correspondence indicated that the Board and Borough were not waiving compliance with the conditions of the 1994 variance.

Even if a variance runs with the land, it does so based on the conditions attached to that variance.

To discuss your NJ zoning board matter please contact Fredrick P. Niemann, Esq. toll-free at (855) 376-5291 or email him at fniemann@hnlawfirm.com.  Please ask us about our video conferencing consultations if you are unable to come to our office.