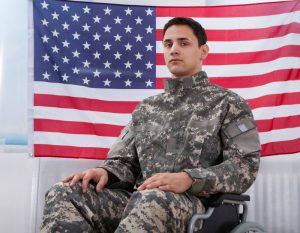 A recent case involved a plaintiff who resides in a single-family home in the Borough of Totowa.  He is a retired police officer and Vietnam veteran who is totally and permanently disabled as a result of injuries sustained during his military and police careers.

To accommodate his disability, he engaged a contractor to install a driveway expansion large enough for at least two cars, and “possibly three,” near the front door of his home.  The plaintiff paved a portion of his front yard for his “personal convenience [because] it was much . . . easier for [him] to get closer to the house and get in and out of the house.”  He added that by creating the driveway expansion, he only had to walk up one nine-inch step and one four-inch “lip” until he could install a handicap-accessible ramp.  Additionally, he testified that the front entrance to his home is the only entrance to his first-floor handicap-accessible living area.

The expanded driveway was completed without plaintiff obtaining the necessary approval from the Board.  Plaintiff also previously converted his two-car garage into a living space without receiving the proper approval.  This conversion eliminated two parking spots on their property.

The Board denied plaintiff’s variance application, finding that if plaintiff had not previously eliminated the two-car garage, he would have been able to park his car in the garage to allow access to his living area.  The Board also stated he could park his car in the original driveway, as it is a “short distance to enter the front door of the swelling.”

Additionally, the Board questioned the need for two parking spaces in the front yard when only the plaintiff sought an accommodation for his disability.

The Board found plaintiff’s application did not represent a better zoning alternative for the property and variances could not be granted without substantial detriment to the public good.  Moreover, it concluded plaintiff used his disability as a pretext to add additional on-site parking for other family members who lived in the home.  Further, while the Board recognized plaintiff’s disability, it determined that under the Americans with Disabilities Act, as well as the Fair Housing Amendments Act, plaintiff had the burden to show that a requested accommodation was needed to give him an equal opportunity to use and enjoy his housing.  Ultimately, the Board found plaintiff had not satisfied the statutory positive or negative criteria warranting variance relief and that the requested accommodation was unreasonable.  They denied the application.  On appeal, the Appellate Court upheld the denial for the reasons given by the Board.

To discuss your NJ zoning matter, please contact Fredrick P. Niemann, Esq. toll-free at (855) 376-5291 or email him at fniemann@hnlawfirm.com.  Please ask us about our video conferencing consultations if you are unable to come to our office.