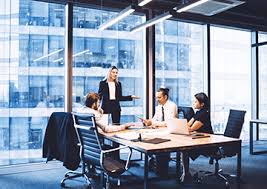 In this case, a patient suffered from cancer.   Prior to performing surgery, plaintiff’s office in New Jersey contacted the insurance company in Michigan to request prior authorization for the surgery which approved the request via letter.

Following surgery, the plaintiff submitted a bill in the amount of $51,400.00.  The allowed benefit under the insurance plan for the procedure was $4,413.32.  Plaintiff then filed a complaint in New Jersey Court alleging causes of action for: (1) breach of implied contract; (2) estoppel; (3) account stated; and (4) fraudulent inducement (the “Complaint”).

The company moved for dismissal of plaintiff’s complaint, alleging that the State of New Jersey lacked jurisdiction over them.   They argued that New Jersey is not the correct forum to litigate this matter, because neither defendant is “at home” in New Jersey nor are there “sufficient minimum contacts” with New Jersey to confer specific jurisdiction.

The general law on jurisdiction over a corporation is when a defendant’s contacts with the New Jersey State are so systematic and continuous that the defendant is essentially “at home” in the forum state.

It appeared to the judge assigned to the case that New Jersey did not have jurisdiction over the defendants.  The defendant corporation is incorporated under Michigan law. It maintains its headquarters and its principal places of business in Michigan.

While the defendant corporation maintained an office in Florham Park, New Jersey, it appears to be a satellite office and cannot be considered the corporation’s “nerve center,” which would justify the imposition of general jurisdiction in New Jersey.

It would be inappropriate or the State of New Jersey to exercise general personal jurisdiction upon defendants.

To establish specific jurisdiction in a contractual or quasi-contractual cause of action: (1) the defendant must have either purposefully availed itself of the privilege of conducting activities in the forum, or purposefully directed his activities into the forum; (2) the cause of action must have arisen out of the defendant’s forum-related activity; and (3) the exercise of jurisdiction must be fair and reasonable.

While defendant’s state of incorporation and principal place of business are in Michigan, the record supports a finding that it maintained an office in Florham Park, New Jersey. Furthermore, it employed a staff at this office and provided a self-insured insurance plan for employees at its’ New Jersey office.

For the reasons set forth above, it was clear to the court that defendants satisfied the minimum contacts required for personal jurisdiction in New Jersey, and purposefully availed themselves of the benefits of the state by either conducting business within its borders, or providing health insurance coverage to an insured who was a citizen of the state.

Therefore, defendants should reasonably expect to be hauled into court in the State of New Jersey and subject to the state’s jurisdiction.

To discuss your NJ corporation matter, please contact Fredrick P. Niemann, Esq. toll-free at (855) 376-5291 or email him at fniemann@hnlawfirm.com.  Please ask us about our video conferencing consultations if you are unable to come to our office.