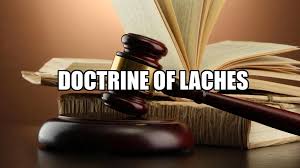 Families often fall apart when a parent dies and the kids start dividing up the estate.  Sometimes even after the estate is concluded, one sibling gets “buyer’s remorse” and wants to revisit the estate accounting.  This is what happened here.

After 8 years of doing nothing, plaintiff went to court to compel an accounting and to vacate the release and refunding bond signed by her and filed with the Surrogate’s Court.

It appears that after properly concluding the estate years earlier, the estate administration attorney forwarded a copy of an informal accounting and a Refunding Bond and Release to all beneficiaries.  Plaintiff signed the release one day after receiving it, purportedly out of a concern about receiving the funds.  She claims she was never advised of her right to seek a formal accounting, nor was she conscious of the “finality” of these documents.  Subsequently, defendant advised plaintiff of her intent to shred the paperwork pertaining to the estate because of the fact that the estate had been settled.

Nearly ten years since the date of decedent’s death and eight years since the settling of decedent’s estate, plaintiff tried to vacate the release and re-open the estate administration.  She also requested a formal accounting, and injunctive relief in regards to the destruction and preservation of any estate documents and financial records.

The law of estate administration is clear.  Where “all interested parties agree to an informal accounting and sign a release and refunding bond, none of them can later compel a formal accounting absent a showing of fraud, misrepresentation, mismanagement, undue influence by the fiduciary or substantial misunderstanding by the beneficiary.

By its express terms, the Release of interest “forever” discharges the Executrix of the estate “from all claims and demands whatsoever, in law or in equity, on account of or in respect to the estate.  Plaintiff not only received her share of the estate and was knowledgeable about decedent’s finances, but also demonstrated that the suspicion which purportedly motivated plaintiff to finally file the instant matter – eight years later – existed back then.

It was noted that plaintiff is college-educated and previously worked full-tine as a New Jersey certified schoolteacher.  Plaintiff had the education and experience necessary to effectively evaluate and understand the release.

The doctrine of laches is clearly applicable to the factual history of this case, as defendant argued in support of its motion to dismiss the case.

Plaintiff filed her complaint approximately eight (8) years after she had signed a Release and decedent’s estate had been settled.

She had considered hiring an attorney years previous upon learning that defendant had intended to shred the probate file upon completion of her duties as Executrix.  However, she chose not to do so.

The court found that such a lengthy delay would undoubtedly prejudice defendant who indicated that the estate’s documents were discarded upon the belief that all of its affairs were concluded.  Despite waiting nearly eight years to file, plaintiff failed to assert any legitimate reason for her failure to act earlier.  Moreover, plaintiff conceded that she has long been aware of her right to assert claims because she had been in discussion with various attorneys, by her own admission in her complaint.

Laches is a concept that arises from “the neglect for an unreasonable and unexplained length of time… to do what in law should have been done.  It can be applied by a court of equity where a statute of limitation does not apply.  The doctrine bars relief when the delaying party had ample opportunity to bring a claim, and the party invoking the doctrine was acting in good faith in believing that the delaying party had given up on its claim.

When determining whether the doctrine of laches should be invoked, the court considers: (1) the length of the delay; (2) the reasons for the delay; and (3) how the circumstances of the parties have changed over the course of the delay.

The core equitable concern in applying laches is whether a party has been harmed by the delay.

Therefore, for the reasons set forth above, in addition to failing to state a claim upon which relief can be granted, the relief sought in plaintiff’s complaint is clearly precluded by the doctrine of laches.

Despite the obvious existence of laches and a valid, effective release, claims of fraud also alleged by plaintiff are also barred by the statute of limitations.

A claim accrues on “the date on which ‘the right to institute and maintain a suit’ first arose”.

Plaintiff’s complaint appeared to insinuate the need to reopen the estate administration and obtain a formal accounting in order to determine the degree of some unspecified fraud that she suspected occurred during decedent’s lifetime that in turn diminished the value of the estate via conversion of decedent’s assets.

These claims against defendant were also time-barred.  First, N.J.S.A. 3B:1-9 establishes a two-year statute of limitations for fraud in connection with the administration of an estate, stating, “any proceeding must be commenced within 2 years after the discovery of the fraud.”  Id.  Further, the statute of limitations for conversion in New Jersey is six years.  N.J.S.A. 2A:14-1.