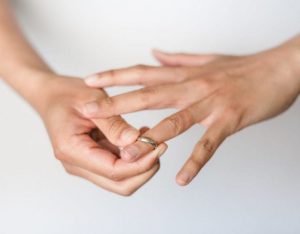 A recent Superior Court case involved the termination of Medicaid long-term care benefits because of an alleged transfer of assets. At issue was the person’s failure to bring a claim against her late husband’s estate because she was not included as sole beneficiary in the will. Through his will, the husband specifically placed only what she would be entitled to receive under the spousal elective share of his estate under New Jersey law.  Her spouse further restricted the access and use of those funds for her nursing home care and from being counted as an available resource for Medicaid spenddown under his will.

Can You Disinherit Your Spouse Under Medicaid Law?

The purpose of the NJ elective share law is to avoid having the surviving spouse from being disinherited and not adequately provided for financially by a deceased spouse’s estate.

In this case, she argued that the law did not apply to her marriage.  Without evidence of marital discord, her institutionalization due to Alzheimer’s disease did not create a cause of action for divorce at the time her husband died.

For purposes of Medicaid, surviving spouses must avail themselves of the assets of a deceased spouse even when their deceased spouse has sought to exclude him or her from access. To that end, the failure to demand an elective share or to challenge a will that restricts access to a deceased spouse’s estate is considered a transfer of assets and will be penalized. The Appellate Court has found that the use of such a strategy has the “practical effect” of forcing the taxpayers of New Jersey to bear the burden of supporting a sick spouse while she resides in the nursing home and receives Medical assistance.

In this case, the petitioner relied upon N.J.S.A. 3B:8-5, entitled “Transfers Excluded. ” “(A)ny transfer of property shall be excluded from the estate under  N.J.S.A. 3B:8-3 if made with the written consent or joined by the surviving spouse.”

In NJ, a penalty of ineligibility is assessed for transfers of assets for less than fair market value that occur during or after the look back period which, in this instance, is 5 years.  Assets “are defined to include income and resources which the individual or the individual’s spouse is entitled to receive but does not receive because of action or inaction by the individual or the individual’s spouse.” The transfer of asset(s) provision(s) of the statute(s) give examples of such action, includes waiving a spousal elective share right. A surviving spouse who waives his or her share of their deceased spouse’s estate is subject to a penalty under Medicaid if he/she has a right to the share.

However, in this case, the petitioner’s application for Medicaid benefits was submitted seventy-one months (nearly 6 years) after the petitioner waived his elective share rights to his spouse’s interest  in their home, which was beyond the sixty-month (60) lookback period. The house was therefore exempt.

To discuss your NJ estate administraton and probate matter, please contact Fredrick P. Niemann, Esq. toll-free at (855) 376-5291 or email him at fniemann@hnlawfirm.com.  Please ask us about our video conferencing consultations if you are unable to come to our office.