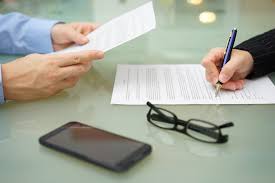 The NJ Supreme Court recently considered a case of whether a decedent breached his Marital Settlement Agreement (MSA) with his spouse by committing suicide within two years of purchasing life insurance policies he was required to “maintain” under a property settlement agreement (MSA)to his first spouse, when those policies included a “suicide exclusion” barring recovery of benefits if the insured were to commit suicide within two years of purchase. The Court determined that decedent’s estate should be distributed to the children and former spouse for decedent’s child support and alimony obligations.

The MSA required the decedent to provide a monthly sum to his spouse for support of their three children and to pay her monthly alimony for twelve years.

The decedent obtained the necessary policies, which contained a “suicide exclusion” providing that if the primary insured — the decedent — should commit suicide within two years of the effective date of the policy, the death benefit would equal only the premiums paid plus interest.

Less than two years after his divorce from his spouse, the decedent committed suicide. His spouse was appointed administratrix of his estate. The suicide clauses in the policies purchased pursuant to the MSA and the policy purchased for his new wife’s benefit, which contained a similar exclusion, led to a denial of the death benefits on each policy.

The Chancery judge concluded that the decedent breached the MSA by failing to maintain life insurance for the benefit of his spouse and the children. Finding that the claim for outstanding child support “must be paid before any other claims,” and that this obligation exceeds the value of the estate’s net assets, the court ordered the adminstratrix of decedent’s estate to pay the balance of the estate to decedent’s spouse for the benefit of the children.

The Appellate Division affirmed and agreed with the trial court’s determination and held that the children were entitled to the $750,000 face value of the life insurance policy from decedent’s estate. The Court dismissed the estate’s claim that the children should be entitled only to outstanding child support payments over time. Finally, the Court held that the MSA’s requirement that the decedent maintain life insurance benefiting the children constituted a child support order, and it rejected his new wife’s argument that her claims had priority.

The plain language of the MSA here required decedent to “maintain” a life insurance policy for the benefit of the children. Black’s Law Dictionary defines “maintain” to mean “[t]o continue (something).” The life insurance policy purchased by decedent for the benefit of the children did not “continue” after his suicide. More importantly, his act of suicide deprived the children of the intended benefits of the policy. Therefore, decedent’s suicide constituted a breach of the MSA — it thwarted the MSA’s intent to provide for the children’s support in the event of his death.

Decedent’s child support obligations were substantial, and consisted of monthly payments as well as payment of a significant percentage of the children’s expenses. The MSA’s clear and unambiguous handwritten clause provides for the measure of loss occasioned by decedent’s breach — “any outstanding obligations owed under this Agreement.” At the time of decedent’s death, the three children were ages sixteen, fourteen, and eleven. The Chancery Division concluded that the circumstances warranted payment of the remaining assets of the estate to the children because the amount owed to them exceeded the estate’s net assets.

To discuss your NJ estate administration matter, please contact Fredrick P. Niemann, Esq. toll-free at (855) 376-5291 or email him at fniemann@hnlawfirm.com.  Please ask us about our video conferencing consultations if you are unable to come to our office.