I often discuss cases with families where the facts and circumstances of elder abuse are disturbing. It’s never pleasant, it never gets easier, but it’s a reality for many aging individuals and families. 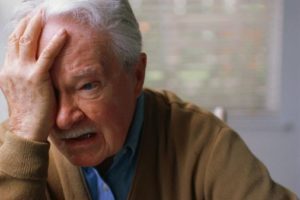 Background of This Elder Abuse Case

An elderly man in his nineties (I’ll name him JR) is married to his wife, who is 90 years old. They have been married for over 25 years. They live in Florida. This is JR’s first marriage, while it is his wife’s second marriage. The wife had two adult children from her first marriage which JR treated like children. JR and his wife have no children of their own. Over the many years JR made gifts to his stepchildren for various holidays and birthdays.

A few months ago JR’s stepchild (we’ll name him CK), moved his mother (JR’s wife) to New Jersey without JR’s knowledge or permission. The wife has now filed for divorce in Florida, and JR has filed a guardianship action also in Florida to declare his wife legally incapacitated. JR now seeks to litigate against CK in New Jersey for absconding his wife without his permission to New Jersey.

So, does CK have a case? Were CK’s actions a form of elder abuse?

Elder Abuse Can Include Intentional Infliction of Emotional Distress

One of the biggest issues courts have wrestled with is the level of proof necessary to win a case like this. “In order to be actionable, the claimed emotional distress must be substantial enough to result in physical illness or serious psychological injury.”  “Aggravation, annoyance, and frustration, however real and justified, are not enough.  Damages for psychological injuries are not to be permitted.  There must be a showing of “medical evidence establishing substantial bodily injury or severe and demonstrable psychiatric harm caused by the misconduct”.  When it comes to proving pain and suffering much of the claim of pain and suffering is often subjective and therefore expert testimony is required to prove causation.

Returning to our case, we can establish intent to take the mother/wife from the jurisdiction, but we will need to show CK intentionally took JR’s wife from the jurisdiction to upset JR. Even if we can’t establish intent to upset JR, we will have a very good likelihood to show that CK’s actions were a deliberate disregard of the emotional distress to JR, since the couple had a long and loving relationship and JR is very concerned for her well-being, which is why he filed for guardianship over his wife.

The conduct in our case is certainly extreme and outrageous, because it breaks up a husband-wife relationship while taking advantage of the mother/wife’s incapacity to convince her not only to leave her husband against her will but also to then file for divorce.

Will we be able to prove severe emotional distress?  The case law suggests an expert will be required to show that JR was severely damaged both mentally and physically by CK’s actions.  Our Supreme Court gives us a chance to prove our case.  Emotional distress is a form of pain and suffering,

To discuss your NJ Elder Abuse matter, please contact Fredrick P. Niemann, Esq. toll-free at (855) 376-5291 or email him at fniemann@hnlawfirm.com.  Please ask us about our video conferencing consultations if you are unable to come to our office.