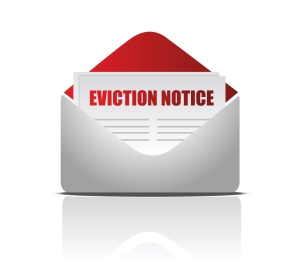 In our last blog, I discussed the curious case of Nicole, a single mother of 6 who occupies a house foreclosed upon and now owned by the mortgage company.  It sought a writ of removal to remove her and her family from the premises, but the court held this relief up to determine if Nicole has a lease on the premises, which would subject her to the Anti-Eviction Act and require the mortgage company to go through a special notice process.  Nicole failed to show up at the first hearing, but the court gave her a second chance after filing another motion to be heard on the issue.  The case is HomeBridge Financial Services, Inc. v. Michael R. Santesse, et al., Docket No. A-3555-17T1 (May 1, 2020).

At the second hearing, Nicole claims that Theresa is her mother and gave her permission to stay at the house, where she lived for the past five years according to a handwritten notarized note submitted to the court by Theresa.  She pays $1,500.00 a month in cash to her grandfather, Michael Santesse, which she mails down to Florida.  This was because her husband was in the fishing industry, so he got paid in cash, and they would just mail the cash to Florida.  There was no written lease, just an understanding between the parties that she could live there.  She testified she missed many lease payments, but yet was still allowed to stay in the premises, and never got confirmation that her grandfather received the rent.  She never paid the taxes, insurance, and carrying costs on the house.

Nonetheless, the court concluded she was a tenant with the protections of the Anti-Eviction Act because there was circumstantial evidence of a lease in that she was making payments to her grandfather, which he pocketed and did not use to pay the mortgage.  The judge used his personal knowledge of the fishing industry and their employees being paid in cash to conclude Nicole’s testimony was credible.  She remained on the property, and the grandfather did not sell the property because he was expecting to be paid rent, so the court felt that the actions of Michael and Nicole created a lease that was enforceable.

The Appellate Division reversed.  It first rejected the use of the knowledge of the fishing industry paying its employees in cash as a basis to deem Nicole’s testimony credible.  It wasn’t a fact or proposition of generalized knowledge that is universally known which cannot be disputed, such as the sky being blue or gravity keeping us on Earth, and thus he could not rely on that knowledge.  It then threw out the argument that Nicole was a tenant because Michael was not the owner of the property, Theresa was, and thus Theresa would have to create a landlord-tenant relationship with Nicole, not Nicole’s grandfather.  Since Nicole’s testimony, along with Theresa’s sworn statement, show otherwise, the court concluded that Theresa wouldn’t be bound to the “lease” created between Michael and Nicole, and thus the Anti-Eviction Act wouldn’t be applicable.  The writ of removal thus could be executed on.