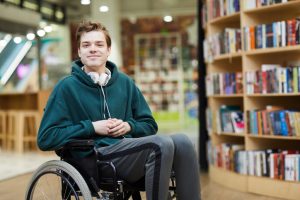 The new SSA rules do not change a beneficiary’s income eligibility requirement.  Distributions of cash paid from a SNT directly to a beneficiary are considered unearned income and reduce the beneficiary’s SSI benefits dollar for dollar.

Another type of income that is affected by a SNT disbursement is called “in-kind support and maintenance”.  An SNT distribution of funds that pays for a beneficiary’s food or shelter is considered ISM. Even though ISM reduces an SSI recipient’s SSI benefits, it does not reduce them dollar for dollar as unearned cash does. Instead, the maximum reduction is subject a one-third reduction of the federal benefit rate.  Here’s an example.  If the SNT trustee pays $1,000 a month for e beneficiary’s rent, the beneficiary’s SSI benefits will be reduced by $277 month (assume SSI pays $771 per month divided by 3 equals $257 plus $20 income disregard equals a $277 reduction in the SSI amount).

To discuss your NJ special needs trust matter, please contact Fredrick P. Niemann, Esq. toll-free at (855) 376-5291 or email him at fniemann@hnlawfirm.com.  Please ask us about our video conferencing consultations if you are unable to come to our office.