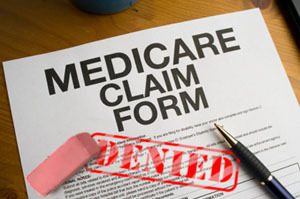 There are times where Medicare will issue a decision unfavorable to your care and on appeal is necessary. Whether it is classifying you in the hospital as a “patient undergoing observation status” versus being an “in-patient” admission” or terminating rehabilitation services because (according to Medicare) you are not improving, the decision can be financially threatening. You have recourse and appeal rights. The initial Medicare decision is not final. If handled properly, there are ways you can successfully appeal an unfavorable Medicare termination decision.

The Stages of a Medicare Appeal

The first two stages are informal appeal stages and usually occur hand-in-hand with one another. Medicare contracts with third-party called Medicare Administrative Contractors and Quality Improvement Contractors, or MACs and QIOs respectively (as they are called), which review appeals f unfavorable decisions by Medicare to determine if they were made accurately. Often times (most times), they will side with Medicare’s decision. This is not unusual because you do not get a chance to argue your case verbally if you need to explain something, although they do allow you to supplement the records they receive from the hospital with additional records. The first stage is called the “redetermination” stage, where a MAC reviews the records with an independent physician and determines if the action taken was appropriate.  You get 125 days from the date listed on the unfavorable decision (120 days plus 5 since Medicare presumes you received a notice 5 calendar days after the date it was written, although this presumption is rebuttable). Should the action taken be unfavorable to you, you can then request “reconsideration” by a QIC within 185 days of the date of the notice of an unfavorable reconsideration decision. Here, another independent physician reviews the matter and determines if the unfavorable reconsideration decision was appropriate.

Given the limited record in front of the review offices and the absence of any expert reports or testimony stating why your denial should be reversed in your favor, it is unlikely your matter will be given favorable treatment by the QIC or MAC. But the appeal process does not end there.

Depending on your stamina, it’s just beginning the next step is requesting a fair hearing within 65 days of the date of denial by the QIC. The appeal takes place in front of an administrative law judge who works directly for the Department of Health and Human Services in the Office of Medicare Hearings and Appeals. Here, you have the option to appear via telephone conference (or video conference if it is determined to be appropriate) before an administrative law judge to argue why you should be entitled to a favorable Medicare decision. You can ask the judge to admit into evidence your medical records, any expert reports you may have retained prior to the hearing, and anything else you want that is relevant and helpful to supplement the record to show why the decision was unfavorable. The judge takes testimony on the date of the hearing and then issues a written opinion within 90 days of the date of the hearing based on everything in front of him or her to decide favorably or unfavorably your case. Note that the bill for services, minus any copayment, you have incurred must be above $400 for a hearing to occur. This sounds trivial, but if supplemental insurance picks up the tab and leaves you with an amount due of less than $400, your appeal will likely be dismissed.

Should the administrative law judge not rule in your favor, the appeal does not end there. You have another 65 days from the date of ALJ decision to appeal to another the Medicare Appeals Council (the “MAC”). Here you can argue why the ALJ incorrectly decided the case and ask for a favorable ruling. The Council reviews the decision and issues its own decision on whether your case was decided on properly. Note that any new evidence your able to obtain in discovery that opines that the hospital; observation status classification is “admission” option was inappropriate is allowed to be submitted here. After a decision is modified the MAC is issued within 180 calendar days of the hearing, your final recourse is to file an action in federal district court within 65 days of the date of the Council’s decision.

Do You Need a Medicare Appeal Attorney?

As you can see there are multiple layers to the appeal process, and it can get complicated. It is why you need an experienced Medicare appeals attorney guiding you through this process. The most important thing for you to remember are to watch your deadlines, and note every date that you receive a notice from Medicare denying you payment for a claim, as that 5 calendar day receipt period can be enlarged if you show the notice was received after that period.

To discuss your NJ Medicare appeal matter, please contact Fredrick P. Niemann, Esq. toll-free at (855) 376-5291 or email him at fniemann@hnlawfirm.com.  Please ask us about our video conferencing consultations if you are unable to come to our office.