In Part 1 of this article, I discussed the contents of an actual legal brief used by Hanlon Niemann & Wright in a shareholder, corporate, business litigation case.  This article concludes with citations to NJ corporate and business law statutes and case law. 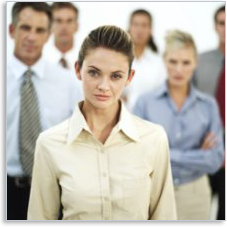 Introduction to the Legal Arguments of the Case

Defendants assert that there is no substantial evidence in the record to sustain a finding that their actions were unlawful under NJSA 14A:12-7(1)(c).  There is no evidence that the majority shareholders (S.P. and HE) acted fraudulently, illegally, mismanaged the corporation, or abused their authority.  There is no proof the defendants awarded themselves excessive compensation, furnished inequitable dividends, or misapplied and wasted corporate funds.  The sole basis/claim for Plaintiff’s case (as plead in the Complaint) is that S.P. and H.E. acted oppressively/unfairly toward him by depriving him of his reasonable expectations as a Shareholder in X, Inc. when they removed him as President, General Manager and CEO of the corporation.    Plaintiff alleges that he had a protected reasonable expectation as a minority shareholder, that he would remain President and General Manager for life-based upon an alleged verbal agreement with his deceased mother.

The Law of Understanding Minority Shareholder Oppression in New Jersey

An overview of the case law in light of the facts of this case simply does not support a finding of oppression.  The test for minority Shareholder oppression in New Jersey is premised on an examination of whether the conduct of majority shareholders, “thwarts the minority shareholder’s reasonable expectations of his or her role in the corporation.”  Brenner v. Berkowitz, 134 NJ 488, 509 (1993).

This Court is faced with the highly fact-sensitive and subjective task of defining and determining whether the “reasonable expectations” of E.P. were in any way legally violated, thus allowing an oppression lawsuit.  It is the Defendants’ contention that E.P.’s expectations about his lifetime relationship to X, Inc., is in itself false and misleading and even if true is not enough for this Court to determine actionable oppression by these Defendants, given the evidence produced at trial.

One of the earliest cases in New Jersey that defined the reasonable expectations test for participants in a corporation was Exadaktilos v. Cinnaminson Realty Co., Inc., 167 NJ Super. 141 (Law Div. 1979).  The Court in Exadaktilos determined that:

The special circumstances, arrangements and personal relationships that frequently underlie the formation of close corporations generate certain expectations among the shareholders concerning their respective roles in corporate affairs….  These expectations preclude the drawing of any conclusions about the impact of a particular course of corporate conduct on a shareholder without taking into consideration the role he [or she] is expected to play.

Id., at 154-155. The Exadaktilos case is similar to the present case, in that the participation of the shareholders in corporate affairs was not defined by a written agreement.  As such, that Court had to determine the relationship of the parties in a fact-intensive analysis using the evidence before the Court.  But, Exadaktilos is distinct, in that the parties involved were all original and founding shareholders at the time the corporation was formed.  Consequently, the Court was able to determine the expectations, or understandings, of the parties at the time they created the company and established their individual and collective business relationship(s).

Our situation is quite different here.  In this case, the formation of X, Inc. goes back to 1966.   Since then, all but one of the original shareholders left the corporation or passed away.  The parties’ father was the majority shareholder and passed away in 1973.  His shares went to the parties’ mother, Helen, exclusively.  It is was not until her death in 2002, that S.P. and H.E. by inheritance became shareholders, dividing the shares equally between themselves and their brother, the plaintiff who received additional shares at his mother’s death.

After their mother’s death, several resolutions are prepared by counsel to the Estate of HP involving X, Inc. which were signed by the shareholders.   These resolutions appointed plaintiff as President until his successor may be appointed/elected by the board.   E.P., S.P. and H.E. all agreed that they would maintain the status quo of the family business including (generally) equal benefits, comparable pay, and defined job descriptions as historically performed by the parties.   The agreement remained in place until August 1st, 2015.

Plaintiff’s reasonable expectations could not have been frustrated given the origin and history of his stock ownership in X, Inc.   Plaintiff became a minority shareholder by way of a 15% gift by his father for working in the business.    From 1966 through 2002, the plaintiff was never more than a 15% shareholder.  For 38 years the remainder of the stock was owned by his father and then by his mother.   He paid no money for his stock; it was gifted when he worked for the corporation.  Defendant, S.P., started working at the family business in 1970.  He did not receive stock but was promised equal ownership of the company as long as he worked for the corporation to be received at the time of his mother’s death.  The defendant, HE, was promised equal ownership in X, Inc. by her mother, upon her death, provided her husband continued to work for the family business as her representative.

The line of cases that talk about the frustration of reasonable expectations is not appropriate in this case.  This is not a case whereby the competing shareholders before this court originally came together to jointly form X, Inc. and by agreement defined in their present and future roles, obligations, and responsibilities to the corporation.  Plaintiff was not the founder of the business nor was he the majority owner of the stock. Plaintiff and defendant, S.P. (and by extension H.E.),  all worked jointly in the family enterprise and their relationships evolved over time with each family member assuming certain job functions and responsibilities under the family umbrella subject to the general supervising management of the plaintiff.

The plaintiff’s position is not dissimilar to that of a long term employee who starts working for a company at an early age, progresses through the ranks over many years/even decades, is given stock options and stock ownership in the corporation only to be fired and/or discharged in later years for poor performance or for reasons related to the business environment, including competitive pressures and/or adverse financial changes.   While arguably unfair, in the absence of an employment agreement or shareholder’s agreement or some enforceable contractual agreement between the employee and the corporation, his status is nothing more than that of an employee at will.   In the absence of a finding of oppression by this Court, this plaintiff is and remains a co-equal shareholder, co-minority director with the other minority shareholders and an employee of X, Inc.  He was offered an officer position but he refused. Plaintiff can in all reality, given his current ownership interest and status as 1/3 director, be in the majority when votes are taken on critical business decisions of X, Inc.

For the foregoing reasons, it is respectfully requested that this Court deny Plaintiff’s relief in its entirety.   In the event that oppression is found to exist, it is respectfully asserted that the appropriate remedy would require the plaintiff to sell his shares to X, Inc. for fair value.

To discuss your NJ corporate shareholder Litigation matter, please contact Fredrick P. Niemann, Esq. toll-free at (855) 376-5291 or email him at fniemann@hnlawfirm.com.  Please ask us about our video conferencing consultations if you are unable to come to our office.