I read an interesting article written by a personal injury attorney involving a case he settled when a physically and cognitively impaired patient killed a person in a motor vehicle accident. The driver’s doctors were sued for negligence because they failed to report the driver to the NJ Department of motor vehicles. 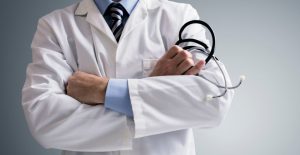 Do doctors owe a duty of care—outside the doctor/patient relationship—that supports a cause of action by third-party motorists?

With more than six million licensed drivers in New Jersey, it is statistically inevitable that medically impaired drivers will cause some auto accidents.

Indeed, a 2009 study by the National Highway Traffic Safety Administration (NHTSA) found that from July 3, 2005, to Dec. 31, 2007, an estimated 49,868 drivers nationwide were reported to have been involved in crashes precipitated by drivers’ medical emergencies. The study, titled “The Contribution of Medical Conditions to Passenger Vehicle Crashes,” analyzed data from the National Motor Vehicle Crash Causation Survey (NMVCCS). The NMVCCS was limited to crashes involving light passenger vehicles to which emergency medical services had been dispatched.

All told, the NHTSA study found that an estimated 20,000 drivers annually, at an estimated incidence rate of 1.3% of all drivers in NMVCCS crashes, were in an accident precipitated by a driver’s medical emergency.

However, not all medical emergencies that precipitate crashes are created equal. Some medical impairments present suddenly. Others, such as impairments caused by epilepsy and diabetes, can be controlled by medication and/or have warning signs that potentially allow a driver to get off the road before harm occurs. The NHTSA study recommends patient education by health care providers on early warning signs of a health crisis and on potential side effects of medications as the most effective countermeasure against risky driving for this latter group.

But what about crashes that occur because doctors failed to prevent seriously disabled patients from endangering the motoring public with their driving? Do doctors owe a duty of care—outside the doctor/patient relationship—that supports a cause of action by third-party motorists?

In a case of first impression in New Jersey, we recently argued that several doctors who had been providing long-term treatment to a patient who suffered from extensive visual, physical and cognitive impairments and loss of motor coordination caused by multiple sclerosis had a legal duty to report a patient to the Motor Vehicle Commission to precipitate a medical review that would have resulted in the revocation of the patient’s driving privileges. Because they failed to do so, we argued, the doctors could be held liable in a wrongful death suit brought on behalf of a third-party motorist who was killed when their patient caused an accident.

The argument survived summary judgment and yielded a substantial settlement for our client. Below we discuss the “perfect storm” of factual circumstances and legal and medical authority that allowed us to push for a good faith extension of New Jersey law.

An Accident Waiting to Happen

First and foremost, the crash that killed our client’s husband was the proverbial “accident waiting to happen,” and we argued that the driver’s doctors should have identified his situation, counseled him to discontinue driving and reported him to the Motor Vehicle Commission. The driver testified that he was never told to stop driving, and if he had been so instructed by his physicians, he would have voluntarily stopped.

The accident occurred when the driver, who suffered from significant physical, cognitive and visual impairments secondary to multiple sclerosis, missed a right turn onto his street and made an illegal U-turn directly into the path of our client’s husband, who was lawfully riding his motorcycle, on a clear and sunny day, with his headlight on, wearing all of his safety gear, including a helmet. For 15 years, the driver’s doctors had been documenting his progressively worsening medical condition. Their notes revealed that he had severely impaired vision, problems with depth perception, a left hand that was “severely weak to the point of being useless and wasted” and brain atrophy, among other disabilities that rendered him unsafe to drive. In fact, the doctors were aware that the driver had been involved in a series of motor vehicle accidents. Yet, they did not instruct him to stop driving and did not report him to the New Jersey Division of Motor Vehicles, as was their legal and professional obligation.

The police investigation documented the driver’s extensive medical impairments. At the scene, officers immediately observed that the driver, who was not injured in the crash, suffered from a significant loss of motor function and vision. They noted in their report that he almost fell over numerous times while attempting to walk, with the assistance of a cane, to the patrol unit. An officer had to help the driver into the vehicle. In the hours following the crash, the driver gave a videotaped police interview in which his severe medical limitations were visually documented.

Concerned that the driver’s medical condition contributed to the accident, the investigating officer completed a “Driver Examination and/or Medical Evaluation Request” form for the Motor Vehicle Commission. The officer checked a box on the form indicating that the driver had mental or physical disorders that may affect his ability to drive safely.

In short, the evidence unequivocally established that the impaired driver caused the accident and that his doctors should have foreseen the risk and taken him off the road. Against this backdrop, we made a three-pronged legal argument that the doctors breached a duty of care they owed to our client’s husband as a member of the motoring public.

For the first prong of our argument, we relied upon the duty of care established by the American Medical Association (AMA) when it developed and adopted Ethics Opinion 2.24, “Impaired Drivers and Their Physicians.” The stated reason for the Opinion, which the AMA adopted in 1999, was to: “articulate physicians’ responsibility to recognize impairments in patients’ driving ability that pose a strong threat to public safety and which ultimately may need to be reported to the Department of Motor Vehicles ….”

The Opinion imposes several duties on physicians. They are required to assess their patients and identify physical and mental impairments that could potentially result in unsafe driving. Physicians must determine whether their patients pose a risk to public safety and take steps to prevent the danger—including counseling their patients to not drive, and reporting them to the Department of Motor Vehicles.

Indeed, even the New Jersey Motor Vehicle Commission website refers to the AMA’s Ethics Opinion, noting that: “[T]he American Medical Association (AMA) 1999 ethical guidelines states that all physicians are ethically responsible for notifying the state motor vehicle department if they believe a patient may not be able to drive safely.”

During depositions, we elicited testimony from the impaired driver’s doctors that AMA Ethics Opinion 2.24 represents the standard of care.

For the second prong, we relied upon N.J.S.A. §39:3-10.4, which supplements AMA Ethics Opinion 2.24, and addresses New Jersey’s strong public interest in protecting the motoring public from drivers who are rendered unsafe by physical and cognitive impairments. The statute provides:

Each physician treating any person 16 years of age or older for recurrent convulsive seizures or for recurrent periods of unconsciousness or for impairment or loss of motor coordination due to conditions such as, but not limited to, epilepsy in any of its forms, when such conditions persist or recur despite medical treatments, shall within 24 hours after his determination of such fact, report the same to the Director of the Division of Motor Vehicles. The director, in consultation with the State Commissioner of Health, shall prescribe and furnish the forms on which such reports shall be made.

In the unpublished decision of Corso v. State, 2009 WL 1451333, the New Jersey Appellate Division determined that physicians owe a duty to third parties under N.J.S.A. §39:3-10.4. However, we had to distinguish our client’s case from Corso because the plaintiff in Corso was unable to prove a causal link between the driver’s medical condition and the accident.

In Kelly v. Gwinnell, 96 N.J. 538 (1984), the New Jersey Supreme Court created a duty between social hosts and third-party motorists injured by drivers to whom they provided alcohol. The court held that it was foreseeable to social hosts that continuing to serve alcohol to intoxicated guests could cause injuries to innocent third parties on the roadway.

We argued that it is fully a part of New Jersey’s public interest in protecting the motoring public to hold physicians to a duty akin to that of social hosts when the AMA standard of care requires them to counsel and report patients whose impairments may affect their ability to drive safely, and in light of their statutory obligation to report physically impaired drivers under N.J.S.A. §39:3-10.4.

As personal injury attorneys, it is our duty—indeed one of our highest callings—to obtain justice for individuals who are injured under circumstances that do not necessarily fit neatly into existing legal boundaries. When a client presents with personal injuries caused by a medically impaired driver, we urge plaintiffs’ counsel to think outside the usual litigation toolbox and to take the next step to advance this emerging area of law.

If you have questions about an elder care matter, please contact Fredrick P. Niemann, Esq. toll-free at (855) 376-5291 or email him at fniemann@hnlawfirm.com.  Please ask us about our video conferencing consultations if you are unable to come to our office.