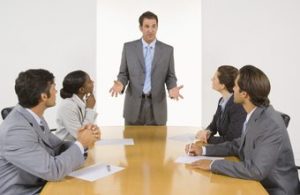 I was  recently asked whether N.J.S.A. 14A:5-28 allows a shareholder(s)s to inspect the minutes of the board of directors and of an executive committee. That statue provides as follows:

The statute I referred to is part of the New Jersey Business Corporation Act.

Our analysis reveals the following structure. Note that subsection (1) requires that a corporation maintain “books and records of account and minutes of proceedings of its shareholders, board and executive committee, if any and its record of shareholders. The reference to “board” means the board of directors. The reference to minutes is not limited to shareholder minutes, but includes minutes of the board and the executive committee.  Referring back to the statute again, it reads as follows:

As a result, most courts construe the reference to “interpreted minutes” in subsection (4) to refer to the shareholder, board, and executive committee minutes.

A dissatisfied shareholder is not entitled to conduct a fishing expedition based on general and unsupported allegations of mismanagement. Our courts require a shareholder who alleges as a proper purpose the need to investigate waste, mismanagement or wrongdoing, to present “some evidence” to establish “a ‘credible basis’ from which the court can infer there is possible mismanagement that would warrant further investigation”.  Such a showing must be made “by a preponderance of the evidence” and “may be satisfied by a credible showing, through documents, logic, testimony or otherwise, that there are legitimate issues of wrongdoing.” Mere “suspicion” or “curiosity” is not enough. “An inspection to investigate possible wrongdoing where there is no ‘credible basis,’ is a license for ‘fishing expeditions’ and thus adverse to the interests of the corporation.”

To discuss your NJ business and/or shareholder matter, please contact Fredrick P. Niemann, Esq. toll-free at (855) 376-5291 or email him at fniemann@hnlawfirm.com.  Please ask us about our video conferencing consultations if you are unable to come to our office.