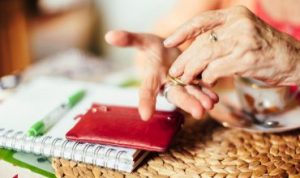 Here’s a very interesting case regarding the right of a disinherited surviving spouse who committed financial elder abuse to inherit from her deceased spouse’s estate.

A court affirmed the legality of the marriage in the face of claims it was a “sham” marriage and enforced the surviving spouse’s legal right in a portion of the decedent spouse’s estate.  The issue raised was whether the surviving spouse was prohibited from later being sued for financial elder abuse against the decedent spouse? The trial court believed that it did; the appellate court, however, overruled the trial court.

The Appellate Court, while overruling the lower court, found that the “primary rights” involved in the two litigations were inherently different. Under the “primary rights theory” a claim raised in a second suit based on the same cause of action as one asserted in a prior legal action is not allowed.  Here, the Court found that the primary right in the prior action was the surviving spouse’s right to inherit from the decedent spouse’s estate; in the later action, the primary right at issue was the decedent spouse’s right not to be abused. Therefore, the financial elder abuse action was not barred under the doctrine of res judicata. The Court further held that under Probate Code, a person found liable for financial elder abuse is only treated as having predeceased the abused to the extent he or she would have been entitled to receive a distribution of the damages and costs the person is found liable to pay to the estate as a result of the abuse.

Contact me personally today to discuss your elder abuse and financial exploitation matter.  I am easy to talk to, very approachable and can offer you practical, legal ways to handle your concerns.  You can reach me toll free at (855) 376-5291 or e-mail me at fniemann@hnlawfirm.com.