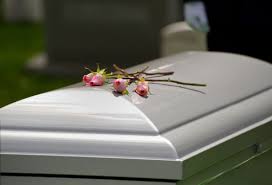 The Background of the Case

The plaintiff, a funeral director, brought suit to recover $960.34, representing the balance of his bill for services rendered at the funeral of the deceased. He sued decedent’s widow, individually and as administratrix of her husband’s estate, and decedent’s brother. The county court judge, sitting without a jury, entered judgement in favor of the widow in her individual and representative capacity against the brother. (The judgement was against the brother who did not appear and contest the suit, was subsequently vacated because his default had not been entered, R.R. 7:9-1 and 2, and plaintiff had not applied for its entry. R.R. 7:9-4).  The brother appealed from that default judgement entered in favor of the widow in her representative capacity.

The Facts of the Case

The decedent was critically injured in an automobile accident by his brother while he and his other brother were passengers in a motor vehicle operated by another brother. He died as a result of the injuries. Without consulting decedent’s widow, the surviving family members made all arrangements for his brother’s funeral.  The brother was informed of the approximate cost thereof, personally selected the casket, and arranged for the burial to be in the family plot.

His surviving spouse was overwrought with grief at her husband’s death and was totally oblivious of the funeral arrangements and was never consulted about the same. She testified that her brothers-in-law had promised ‘to pay for everything’ because they felt ‘they killed him’. She said that she and her husband were of different faiths; that during his lifetime they had agreed that he would be buried, as a veteran, in Arlington Cemetery while she would be buried in a cemetery of her faith; that her husband had told her not to spend any money for his funeral other the amount allotted by the government for a veteran’s burial. She further testified that if she had had her choice in the arrangements, she would have insisted that it be conducted in accordance with the aforesaid agreement. It is disputed that the estate assets were practically nonexistent.

The trial judge concluded that plaintiff’s charge for the funeral expenses was reasonable. He held that surviving brother made all funeral arrangements on his own initiative and without consultation with the widow, and consequently was the only one liable for the debt.

The brother contends that decedent’s estate is liable for the funeral expenses despite the fact that he selected the undertaker and made all funeral arrangements.

It is well settled that the reasonable and necessary expense of providing an appropriate funeral for a decedent is chargeable to his estate. If his personal representative fails to act, or if there is no such representative, the exigency of the situation permits a proper third person to make the necessary arrangements.  The case law implies a promise on the part of the representative to pay the reasonable expenses of interment to the extent of the assets of decedent’s estate which may become available for that purpose.

The costs of the funeral of a decedent should correspond with his circumstances and social condition, including his station in life and the value of his estate. In other words, if you’re poor you don’t get a Versace elaborate funeral.  In this case the assets of decedent’ estate were practically nonexistent, and at the time of his death he was without funds, in debt and without a job. Even though a wrongful death case pursuant was brought by his wife as administratrix and was settled for a substantial amount of money, this money did not become an asset of decedent’s estate-it was for the exclusive benefit of decedent’s dependents.

Contact me personally today to discuss your New Jersey estate and probate administration matter.  I am easy to talk to, very approachable and can offer you practical, legal ways to handle your concerns.  You can reach me toll free at (855) 376-5291 or e-mail me at fniemann@hnlawfirm.com.