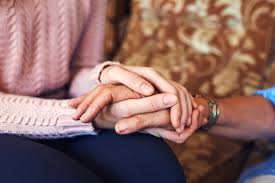 The Adult Protective Services Act (the Act) authorizes protective services providers, such a County Office on Aging, to pursue legal relief for the benefit of vulnerable adults. In a recent case, a local bank advised the Office on Aging that a 90-year old widower was withdrawing $70,000.00 in cash to give to his caretaker. The Office on Aging immediately investigated and successfully applied for access to his home, and permission to have him psychiatrically evaluated. The Chancery judge also appointed a conservator/guardian for his assets.  After the entry of a second order for additional relief, the guardianship was then continued for approximately 60 days.

A few months later, the case was dismissed and the “interim conservator/guardian” moved for the payment of his fees.  The court ultimately imposed the obligation to pay those fees upon the County office of Aging.

So What is the Law?  How Far Can Adult Protective Services Go?

In exigent circumstances and when the vulnerable adult refuses or is unable to consent, the provider “shall petition a court of competent jurisdiction for an order authorizing the provision of protective services.”    N.J.S.A. 52:27D-413a.

Because of the confusion surrounding these procedural events, it will be helpful to briefly discuss the differences between actions commenced pursuant to the Adult Protective Services Act, and those in which the appointment of a guardian or a conservator is sought.

The Superior Court is empowered to appoint a guardian for the person or property, or both, if a person is found to be incapacitated. N.J.S.A. 3B:12-25. A person is incapacitated, in this context, if “impaired by reason of mental illness or mental deficiency to the extent that he or she lacks sufficient capacity to govern himself and manage his affairs.” N.J.S.A. 3B:1-2. The extent of incapacitation, of course, can vary in degree, requiring our courts to act cautiously so that a guardian is not empowered to do things which the ward may still be capable of.

On the other hand, a conservator may be appointed for a “person who has not been judicially declared incompetent but who by reason of advanced age, illness or physical infirmity, is unable to care for or manage his property or has become unable to provide for himself or others dependent upon him for support.” N.J.S.A. 3B:13A-1a.

While the Adult Protective Services Act permits intervention into the life of an aging person, its purpose differs from a guardianship and conservatorship in that the Act envisions only temporary intervention. That is, the Act expressly declares; “permanent changes in the living situation of an abused, neglected or exploited vulnerable adult shall not be made under authority of this act” N.J.S.A. 52:27D-415 (emphasis added). Instead, the Act permits an adult protective services provider to immediately address a referral of abuse, neglect or exploitation, and to seek the court’s intervention, if necessary, when presented with an emergent situation. Thus, in terms of duration, the Act’s scope is far more limited than guardianship or conservatorship matters, which are generally viewed as permanent.

Also, unlike conservatorship, The Act permits intervention not only when an individual has become unable to handle financial matters but also when there is a risk of physical or mental injury. That is, the Act permits intervention when the vulnerable adult is subjected to abuse, neglect, or exploitation – terms which, as defined by the Act, suggest in varying degrees that the vulnerable adult is being subjected to physical or mental harm or injury or at risk of financial loss. The Act also permits an adult protective services provider to “initiate appropriate legal action including, but not limited to, petitioning for guardianship or conservatorship.” N.J.S.A. 52:27D-416. In short, the Act provides the means for obtaining immediate relief for vulnerable adults and, if necessary, also empowers an adult protective services provider to seek more permanent relief by separate action.

A court will also consider whether the appointment of a custodian of a vulnerable adult’s assets is authorized before considering the imposition of a custodian’s fees. As already observed, protective services actions when immediately commenced by the Office on Aging upon its belief that a person is being exploited by his caretaker is generally perceived to protect a person’s assets from further risk.

Most courts find authority for the appointment of a custodian of assets in the Act’s essential mandate to provide “protective services” for vulnerable adults. “Protective services” include “voluntary or court-ordered social, legal, financial, medical or psychiatric services necessary to safeguard a vulnerable adult’s rights and resources…” N.J.S.A. 52:27D-407.  Included within the broad parameters of these “protective services: is the authority to make an appointment of an attorney or other professional to “safeguard” assets pendent lite.

To discuss your NJ elder abuse and financial exploitation matter, please contact Fredrick P. Niemann, Esq. toll-free at (855) 376-5291 or email him at fniemann@hnlawfirm.com.  Please ask us about our video conferencing consultations if you are unable to come to our office.