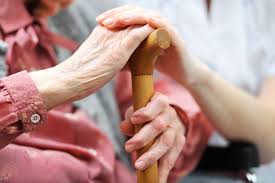 A Standby Guardian is appointed in a written document signed and notarized by a parent.  It includes the name of the parent, the identity of the child, and the person who will serve as the Guardian.

New Jersey law specifically permits the Designation of the Standby Guardian by the parent.  The law provides that biological parents have first rights to the custody of their children.  In New Jersey today many households are single parent households.  While most marital or divorce agreements almost always address the custody of minor children, death will always give parental rights of custody to the surviving biological parent.  But if the surviving parent does not want custody; the Standby Guardianship will likely be upheld.

The Standby Guardian should consent in writing to the position when the document is first created. Usually, their signature in the designating document is legally sufficient enough to constitute acceptance.

The role of the Standby Guardian differs from a Guardianship in that it may include concurrent decision making with a disabled parent, as opposed to having sole responsibility.

In some instances, a parent who becomes disabled is still able to remain active in a child’s life, needing only limited remedial help with money management, or other guidance and advice. The Standby role begins when an event happens, then proceeds as described in the designating document or court petition.

A Standby Guardian may also be named in a Will, in a Power of Attorney, within a Guardianship Application to the court, or created on its own. New Jersey law specifically permits a Designation of the Standby Guardian by the parent.

Agreement of Non-Custodial Parent
In New Jersey today many households are single parent households.  Even in single parent households, reasonable efforts must be made to notify the non-custodial biological parent when selecting a Standby Guardian.  A marital or divorce agreement almost always addresses custody.  The divorce  agreement is generally to the place to look to whether or not the consent of the non- custodial parent is required and how much weight should be given to the non- custodial parent’s position in deciding the matter. At the time of a court hearing, the non-custodial parent will also have an opportunity to be heard on the issue of a Standby Guardianship.

Contact me personally today to discuss your New Jersey Guardian matter.  I am easy to talk to, very approachable and can offer you practical, legal ways to handle your concerns.  You can reach me toll free at (855) 376-5291 or e-mail me at fniemann@hnlawfirm.com.