The Applicable Law and Legal Standard to Obtain an Injunction 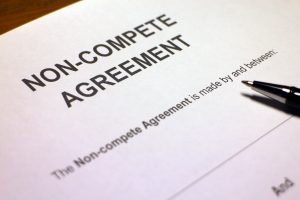 Over time, the court has crafted a four-part framework for use in determining whether the grant or denial of preliminary injunctive relief is appropriate. Under this formulation, trial courts must consider (1) the likelihood of success on the merits; (2) the potential for irreparable harm if the injunction is denied; (3) the balance of relevant impositions, i.e., the hardship to the non-movant if enjoined as contrasted with the hardship to the movant if no injunction issues; and (4) the effect (if any) of the court’s ruling on the public interest.

It is the plaintiff, as the party requesting preliminary injunctive relief, who “bears the burden of establishing that these four factors weigh in its favor.” The Supreme Court has quoted with approval the observation “that a preliminary injunction is an extraordinary and drastic remedy, one that should not be granted unless the movant, by a clear showing, carries the burden of *105 persuasion”

The first circuit has found the initial element of the test, i.e., likelihood of success on the merits, to be of critical importance, that being the likelihood of success on the merits: if the moving party cannot demonstrate that he is likely to succeed in his quest, the remaining become matters of idle curiosity. However, the courts also recognized that the granting of an injunction is an exercise of equity, and the presence of a weak link in the movant’s chain would forestall our reversing the district court’s denial under the abuse of discretion standard. Therefore, we concentrate on the district court’s finding that a damages remedy would prove adequate to compensate for any jury. Where a plaintiff stands to suffer a substantial injury that cannot be adequately compensated by an end-of-case award of money damages, irreparable injury exists. The bottom line is that it is incumbent on the district court to “consider all four factors.”

Apply a standard fund in the business contract. It is generally undisputed that courts give effect to the ‘law reasonably chosen by the parties to govern their rights under contracts’. A choice-of-law provision will not be honored, however, if its application ‘would be contrary to a fundamental policy of a state which has a materially greater interest than the chosen state in determination of the particular issue. Therefore, a court will analyze the law of both states to evaluate if there is a material difference on the enforcement of a restructure convent not to compete.

Validity/Enforceability of Agreement. A second threshold questions the plaintiff is likely to succeed in establishing that, under state law, the provisions of the Agreement and Addendum are valid and enforceable. If Agreement is reasonably crafted to protect the plaintiff’s legitimate business interests in light of an employee’s position with the company and his extensive knowledge of iron’s and it will be enforced.

A preliminary injunction as indicated by the numerous more or less synonymous adjectives used to label it is, by its very nature, interlocutory, tentative, provisional, ad interim, impermanent, mutable, not fixed or final or conclusive, characterized by its as-for-the-time-beingness. It serves as an equitable policing measure to prevent the parties from harming one another during the litigation; to keep the parties, while the suit goes on, as far as possible in the respective positions they occupied when the suit began. Trial courts have wide discretion in making judgements regarding the appropriateness of (injunction) relief.

“‘Irreparable injury’ in the preliminary injunction context means an injury that cannot adequately be compensated for either by a later-issued permanent injunction, after a full adjudication on the merits, or by a later issued damages remedy.”  “It is settled beyond per adventure that irreparable harm can consist of ‘a substantial injury that is not accurately measurable or adequately compensable by money damages.”

Any harm that will inure results from enforcing the restrictive covenants set forth in the Agreement that he executed “and that ‘fact alone does not make such covenants unenforceable.’ ”

The public interest is served by enforcing contractual obligations, including reasonable restrictive covenants, between consenting parties. “Enforcement of any covenant not to compete temporarily restricts the free alienability of employees but that alone is insufficient to abrogate a contract or render such covenants unenforceable.

To discuss your NJ Covenant Not to Compete matter, please contact Fredrick P. Niemann, Esq. toll-free at (855) 376-5291 or email him at fniemann@hnlawfirm.com.  Please ask us about our video conferencing consultations if you are unable to come to our office.