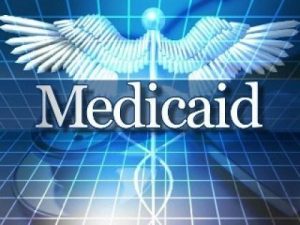 As an elder law attorney, I regularly work in the State Medicaid programs that provide long term care benefits.  I categorize these programs primarily as institutional Medicaid and community waiver Medicaid under the MLTSS Program (Managed Long Term Support Services).

Institutional Medicaid covers long term care in a nursing home.  New Jersey is a no “maximum income limit state with a medically needy program”.  What this means is that we have two (2) institutional Medicaid programs within the main institutional Medicaid program.  Confusing isn’t it? The first program is the “Medicaid Only” program which is for residents who have income below the maximum income limit (currently $2,205.00 gross income per month in 2017-2018).  For those with income greater than $2,205.00 (even by $1), there is the Medically Needy Waiver program provided the applicant does not have additional income which exceeds the Medicaid reimbursement rate (the rate that which Medicaid pays the nursing home which is generally between $5000.00 and $6000.00 per month.

The community waiver program(s) that New Jersey elder law attorneys frequently work in are for the long term care of elderly persons. These programs have been rolled into a program called MLTSS.  These programs include Assisted Living Medicaid and Home Based Medicaid.  There are many other smaller Medicaid programs that are very infrequently used.  It is important to understand that no 2 Medicaid programs are exactly alike as far as the rules and regulations are concerned.  There are many similarities.  But, there are also many differences.

One thing that is common to all New Jersey Medicaid programs is that Medicaid is a needs based program, meaning that one has to meet certain financial requirements in order to be eligible.  There is an income limit test plus a maximum resource test.

One more point to consider is that Medicaid is a combination federal/state program.  Congress passed some basic laws and has allotted money to New Jersey if it offers Medicaid to certain eligible residents.  The state must follow these basic rules but New Jersey is responsible to administer its own Medicaid program.  It is also free to offer additional Medicaid programs beyond what the federal government requires.

Federal Law has led to many variations from state to state when comparing Medicaid programs and how the rules are applied.  For example, New York’s Medicaid programs differ in very significant ways from New Jersey’s Medicaid programs.  Because the federal government provides no oversight to be sure that its rules are being followed, in some cases the states blatantly ignore those rules.  It is left to the elder law attorneys to challenge the State when it flagrantly disregards the clear law.

Contact me personally today to discuss your New Jersey Medicaid eligibility matter.  I am easy to talk to, very approachable and can offer you practical, legal ways to handle your concerns.  You can reach me toll free at (855) 376-5291 or e-mail me at fniemann@hnlawfirm.com.