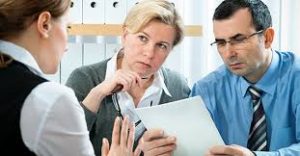 Here’s an interesting case taken up on appeal between a nursing home and the owner of a home who was accused of being part of a fraudulent transfer. The nursing home owners alleged that the defendant(s) violated the Uniform Fraudulent Transfer Act (UFTA), N.J.S.A. 25:2-25, with respect to the transfer of property owned by him to his children 1 ½ years prior to admission to their long term care facility.

At the time the parent executed the deed, he was ninety years old, but was in good physical and mental health, travelled alone overseas every six months, was in control of his own life, and made his own decisions. No one anticipated he would require nursing home care, and neither he nor his children had ever heard of the nursing home and none of them knew anything about the nursing home. The trial testimony was that the father was in good health, was “very sharp”, and had served in the military.

At the time the defendant executed the deed, the home was in poor condition and required extensive repairs. The children verbally agreed with a family friend that this friend would assume responsibility for the property’s improvements, maintenance, and repair upon the transfer of title to the home by the children of the friend.

After the transfer to the family friend, dad continued living in the home until he became ill and was admitted to a nursing home. The Hudson County Division of Welfare subsequently determined that the father was financially eligible for institutional Medicaid benefits. However, the Division imposed a penalty of 7 months, due to his transfer of the property for less than fair market value within the five-year lookback period. Instead of discharging the father from the nursing home, the operator allowed him to stay. At the time he died his outstanding nursing home bill was $332,460.60.

The judge noted there were four badges of fraud alleged by the nursing home in the case: (1) the transfer of the property was to an insider (a child); (2) the debtor, retained possession or control of the property through a life estate; (3) the transfer was of substantially all of the debtor’s assets; and (4) the value of consideration for the transfer, one dollar, was not reasonably equivalent. However, the judge concluded that these badges of fraud did not compel a finding of fraudulent transfer.

On appeal, the nursing home contended that the defendants violated the UFTA (Universal Fraudulent Transfer Act). The appellate division stated in its decision “the general rule is that findings by a trial court are binding on appeal when supported by adequate, substantial, credible evidence. Deference is especially appropriate when the evidence is largely testimonial and involves questions of credibility.” The trial court enjoys the benefit, (which an Appellate Court does not), of observing the parties’ conduct and demeanor in the courtroom and in testifying. Through this process, trial judges develop a feel of the case and are in the best position to make credibility assessments. As a factfinder, the judge can believe all, some, or none of a witness’ testimony. The appellate decision will defer to the credibility assessments unless they are manifestly unsupported by the record. Here there’s no reason to disturb the judge’s ruling. The Appellate Judges were satisfied that the record amply supported the judge’s factual and credibility findings.

The purpose of the UFTA is to “prevent a debtor from placing his or her property beyond a creditor’s reach” to cheat a creditor and to “allow the creditor to undo the wrongful transaction so as to bring the property within the ambit of collection.”

To determine if a conveyance constitutes a fraudulent transfer, courts must engage in a two-part test. First, the court must inquire “whether the debtor (or person making the conveyance) has put some asset beyond the reach of creditors which would have been available to them” if there had been no conveyance. Second, the court must inquire “whether the debtor transferred the property with intent to defraud, delay, or hinder the creditor.” This test requires the court to consider the totality of the circumstances in each case.

The party seeking to set aside a fraudulent transfer bears the burden of proving the debtor had the actual intent to defraud, delay, or hinder the creditor. To determine a debtor’s actual intent, courts should consider, among other factors, whether:

Where several badges of fraud, as enumerated in N.J.S.A. 25:2-26, surround a transaction, a strong inference of fraud arises, which a party can rebut using “strong, clear evidence” of a sufficient explanation.

To the contrary, the evidence confirmed that the father’s intent was not to defraud creditors, but to relieve himself of the responsibilities associated with owning it and transferring it to his daughter, who was paying all of the bills. What the daughter did with the property after the transfer and her dealings are irrelevant to whether there was a fraudulent transfer by her father years earlier to her!

Thus the court agreed that the nursing home failed to prove the father made the transfer with the actual intent to defraud, delay, or hinder it, or intended to incur, or believed or reasonably should have believed he would incur a nursing home debt he could not pay.

To discuss your NJ Fraudulent Transfer matter, please contact Fredrick P. Niemann, Esq. toll-free at (855) 376-5291 or email him at fniemann@hnlawfirm.com.  Please ask us about our video conferencing consultations if you are unable to come to our office.