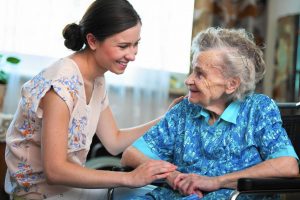 A federal district court recently decided a case regarding transfers made by a power of attorney to himself that was found to be a violation of the Fraudulent Transfer law.

One of the issues in this case which I think may be applicable to New Jersey cases is whether a claim of fraudulent transfer against the agent who has (had) power over another’s finances survives the death of the person who owned the finances.

In this case a nursing home accepted Medicaid and it accepted a resident into the home. The agreement that was signed required that she pay for services, secure a third party (Medicaid) payer to cover the long term care costs of the home, and assign any Medicaid benefits received to the nursing home. An application for Medicaid was filed on her behalf, but it was discovered that large transfers were made from her accounts by her two sons, who jointly owned some of her accounts and were their mother’s power of attorney. Mom also transferred her house into her son’s names for $10. The mother failed to secure Medicaid, and when she died, the nursing home sued the estate and the sons for the unpaid balance of her stay at the home and for the alleged impermissible transfers under the fraudulent transfer act that prevented mom from being able to receive Medicaid. The children filed a motion to dismiss, claiming that the death of the mother precluded the nursing home from recovering on the fraudulent transfer claim.

The court ruled against the children and remanded the case to the trial court. It rejected the children’s claim that the action died with the mother, who owned the funds in question. In New Jersey, there would probably be a similar result if this argument was brought up. N.J.S.A. § 25:2-31 provides that a lawsuit is extinguished unless commenced within 4 years from the date of the transfer made or obligation incurred, or if discovered after the 4 year period, within 1 year of discovering the fraud. The statute also makes no mention of a legal action dying with the decedent. So long as it was brought up within the required time period in the statute, the fraudulent transfer claim can still be decided by the court.

To discuss your NJ Fraudulent Transfer matter, please contact Fredrick P. Niemann, Esq. toll-free at (855) 376-5291 or email him at fniemann@hnlawfirm.com. Please ask us about our video conferencing consultations if you are unable to come to our office.